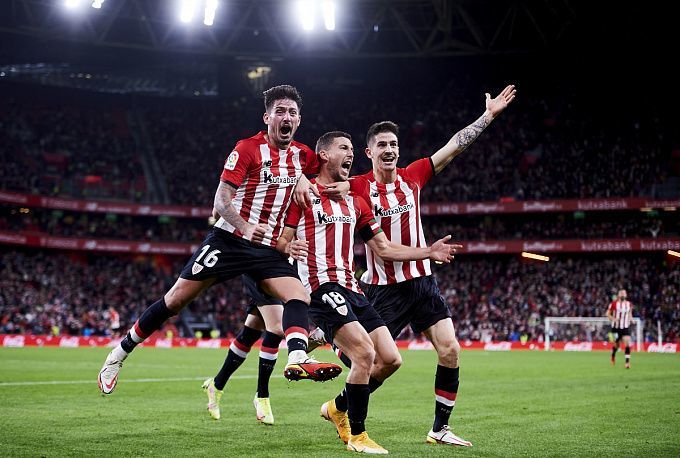 The twenty-third round of the Spanish La Liga will end with a match of Athletic and Espanyol. The difference between the teams is only four points. However, there is a feeling that the future opponents are solving a few different tasks this season. It should be noted that recently the games between the Basques and the Catalans are not very productive, often ending in a draw.

Athletic is gaining momentum. After dropping Barcelona out of the Spanish Cup, the Lions sensationally defeated Rayo Vallecano. After the victory in the capital, the Red and White achieved another sensation, beating Real Madrid in the Copa del Rey. Athletic is already semifinalist, but in the Primera, Basques are still only eighth and three points behind Real Sociedad. Chances for a place in the top 4 also exist, even though the Lions need to catch up with Atletico Madrid, gaining a handicap of five points. It would be good to be ahead of San Sebastian, as well as Barcelona and Villarreal. It's quite a tall order.

Espanyol's recent results almost mirror those of Athletic. In their previous four games, the Catalans only drew away with Cadiz, lost in the Spanish Cup to Mallorca and in the national championship to Elche and Betis. Despite a series of setbacks, the Parakeets are far from the relegation zone, nine points ahead of Cadiz, which is in the bottom three. Potentially, the club even has a chance to fight for the Eurocup zone place, but they need to win back at least 7 points. We should not forget about the high density of the standings. Espanyol's away statistics are only 16th in the division, with one win and six defeats in 11 games.

We have to go to the limit at a conditional level to approach them and show our football, which is a lot when we give our maximum level. We will try to exploit a plan that can hurt them. When we give our maximum, we can beat anyone. The line is very narrow, it goes from two points here or there. A difference of two or three points gives you exactly the same position as Valencia, Athletic, Rayo… Teams that usually get a lot of praise from all over the world.

The last two matches between Athletic and Espanyol ended in a draw, and in four of the previous five games, the total was over 2.5 only once. Four points separate the teams in the standings, which means it is impossible to say a difference in class between the opponents. However, Athletic was a home team, while Espanyol is having a hard time playing away matches this season. We believe that Atletico has a great chance not to lose. At the same time, we doubt that the game will be rich in goals.