Betis vs Elche: Betis to Catch Up with Atletico and Sevilla 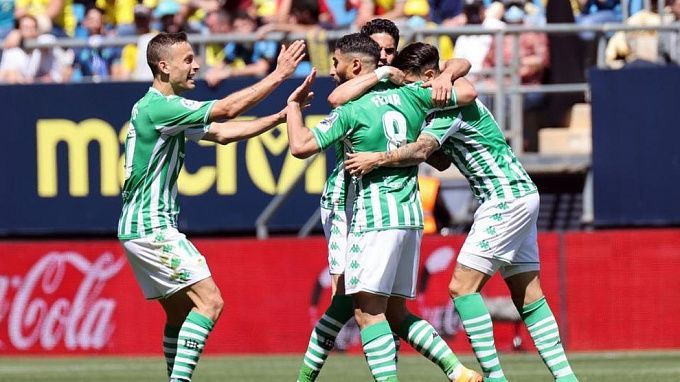 Betis Sevilla will play against Elche in round 33 of the Spanish championship. Bookmakers believe the southerners are favorites, which is hard to argue with, given the recent statistics of the opponents and their tasks for the rest of the season.

In the last round, in San Sebastian Betis managed not to lose to their direct rival and retained fifth place in the Spanish championship standings. Before the draw in the Basque Country, Betis secured an away win over Cadiz and defeated Osasuna 4:1. Real Sociedad are two points behind Betis, while Sevilla and Atletico, teams from the UCL zone, are three points ahead of Betis. Obviously, the hosts have a chance to get into the Champions League zone, but they need to finish the season with some great results. Betis' home stats are 8th in the division, with 9 wins in 16 games, five losses and a 31-19 goal difference.

In the last round of La Liga, Elche managed to beat Mallorca on home field. The most important victory for the future guests, who are 7 points away from the relegation zone. Already by now it is clear that Elche is likely to retain its place in the elite next season. Before the victory over Mallorca, Elche lost three games in a row: Valencia, Athletic and Real Sociedad. The away statistics of the Whites and Greens are only 14th in the division, three victories in 16 games with 10 losses on a goal difference of 15:27.

Betis is a home and productive team. If the Sevillians win on the home field, then almost always reach the TO (1.5). Of the 12 victories of Betis in the home walls during the season and in all tournaments, only the victory over Athletic in March 2022 was 1:0, in other cases at least two goals were scored. No one doubts that Betis needs a victory on Tuesday. A win over Elche would let the Southerners level on points with Atletico and Sevilla.

Elche concedes a lot in away matches, in the five last meetings they has not conceded only once, from Granada, missing two goals each from Atletico, Sevilla and Real Madrid, three times from Levante. We believe that Betis have a good chance of scoring at least twice against their opponent in Tuesday's match.