Granada vs Rayo Vallecano: the Southerners are Underestimated 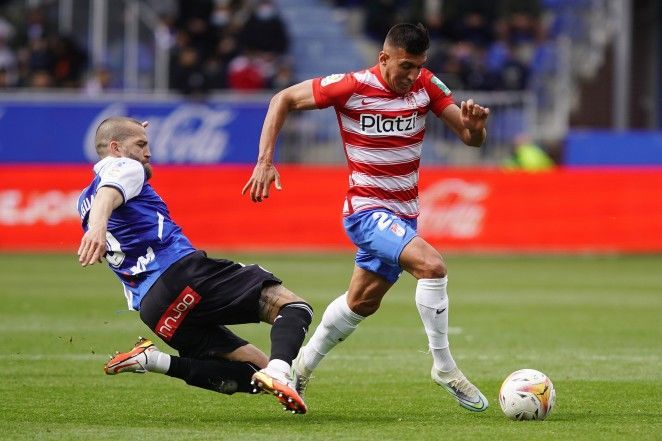 Within Sunday's pool of the La Liga round 30 we will see the match between Granada and Rayo Vallecano. The southerners are quoted as slight favorites. Frankly, the line is somewhat surprising, given the terrible recent statistics of the Bees.

In March, Granada played four matches within La Liga. In the first two matches the southerners lost to Valencia and Elche, then outplayed Alaves and Jaen in a friendly. Currently, Granada occupies 16th position, two points behind Mallorca, which, however, failed in the 30th round with the score 0:1 to Getafe. Cadiz will play only on Sunday, so Granada need earning points in the upcoming game. Granada's home statistics are 18th in the division, four wins, four draws and six losses, 17:22 goal difference.

After a strong start to the season, bookmakers began to overestimate Rayo Vallecano. Even though it is obvious that the Bees are not an over team at all. Moreover, in the last five games the capital squad has scored only one point, three less than Granada. Rayo is in 13th position, six points from the relegation zone, but with such dynamics the Bees cannot relax. The danger zone is not so far away, so that for a place in the elite they will still have to fight. Rayo have the worst away statistics in the division, with just one win, 10 losses and a goal difference of 8:23.

In four of the last five matches between Granada and Rayo Vallecano, the total was over (1.5). It is logical to expect at least two goals from the upcoming game. We think that Granada is underestimated a little bit. It is very important for the southerners not to lose, and in the good way this team needs a victory on Sunday.

Given the away stats of Rayo Vallecano against the Bees, they should win for sure. We do not forget about the high motivation of Granada, which has not yet solved the problem of keeping its place in Spain's elite next season.

We expect at least two goals scored in the upcoming game and a win for the home team.