Osasuna vs Getafe: Betting on Another Draw 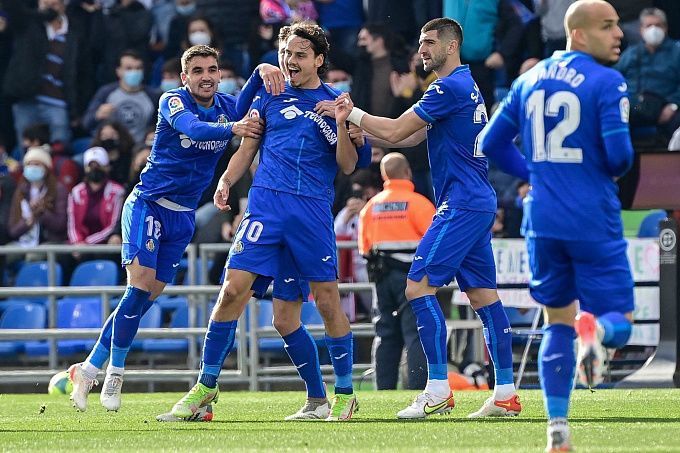 In round 36 of the La Liga, Pamplona will host Getafe. Despite the field factor and the results of the opponents in the current season, bookmakers are in no hurry to make Osasuna a favorite of the pair. It's all about motivation, which is noticeably higher for the guests.

In its last three games Osasuna earned just two points: draws with Elche and Espanyol and a home defeat from Real Madrid. However, one could hardly expect anything more from Pamplona, given that they have stuck on a place in the Spanish elite for the next season. Also, the hosts are not competing for European Cups. Currently, Osasuna occupies the 9th position with 46 points. At the same time, Pamplona's home statistics are quite weak, just 17th in the division, +5=6-6, 16:23 goal difference.

After two consecutive defeats to Real Madrid and Villarreal, Getafe have gained five points in their last three encounters, beating Celta 2:0 away and two nil-nil draws against Betis and Rayo Vallecano. The Citizens have not conceded in their last three games, once again repeating themselves. However, in the current championship the Blues are not competing for European Cups, are at the bottom of the La Liga standings and have not yet entered the elite next season. The gap from Mallorca, located in the relegation zone is five points three rounds before the end of the championship. On the road Getafe has the same poor home statistics as Osasuna - only one victory in 17 meetings, seven draws and nine losses, with a goal difference of 10:22. It is also worth paying attention to the last five away matches when Getafe reached a TU (2.5).

Osasuna - Getafe is the under pair, which is evudent by the statistics. It is not surprising that the bookmakers put TU (2) as the main total. At the same time, Osasuna has weak home statistics giving up the motivation. The Citizens not so long ago brought points from Bilbao, beat Celta in Vigo, so we will not be surprised if they will not lose in Pamplona.

We mentionned that the teams like to play a nil-nil draw. Given the current situation, a tie will satisfy both teams: Osasuna will save the day in a home game, unmotivated. Getafe will earn a point in an away game. That will bring the Blues closer to solving the main task for the end of the season - keeping a place in the elite.