Real Madrid vs Espanyol: Betting on a Draw 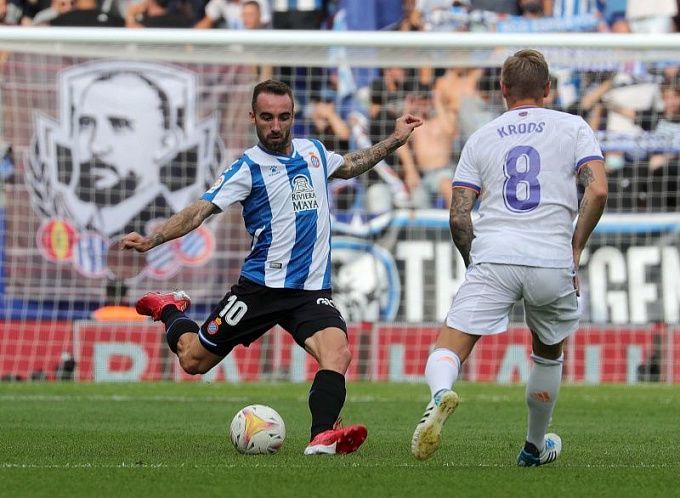 Saturday's pool of the La Liga round 34 will continue the match between Real Madrid and Espanyol. Madrid are quoted as the favorites in the upcoming game. However, we should not forget that in midweek the Merengues played a difficult and intense match in the Champions League against Manchester City. In just four days Madrid will have a return match against the City.

Obviously, Real Madrid are not interested in La Liga, although they have not yet secured the title. Madrid just got to the UCL semifinals. In four days after this match Madrid will play the return match against Manchester City. Recall that Real lost the first leg of this semifinal clash 3:4. To get to the UCL final the Whites needs only a victory by two goals or more at home. Real in the upcoming game will be quite satisfied with a draw, which will bring them the title. The gap from Barcelona is equal to 15 points in five rounds before the end of the championship. Madrid's home statistics are the best in the division, with 11 wins in 16 games, one defeat and four draws.

After beating Celta 1:0, Espanyol lost two matches in a row. The Parrakeets lost to Atletico 1:2 and Rayo Vallecano 0:1. That said, Espanyol relaxed early, with five rounds to go. The Catalans are 9 points ahead of Granada, but many teams from the bottom end the season with a bang, so the Parrakeets should still gain a couple more points for greater safety. On the road, Espanyol has only the 18th statistic in the division, one win in 16 games played with a goal difference of 14:28.

Benzema and Modric will not join the team, Ancelotti is giving his leaders a rest before the most important match against Manchester City. As we know, Real Madrid with Benzema and without him are different teams, at least in terms of performance. So even though Espanyol concedes on the road regularly we doubt that the Whites will score more than two goals.

We also pointed out that a draw against Espanyol will be enough for Real Madrid to claim the title. In turn, the Espanyol players will be over the moon if they can get a draw at the Santiago Bernabeu. We believe that a draw is a realistic outcome of this match, despite the bookmakers' line.