Real Sociedad vs Osasuna: the Hosts to Earn Three Points 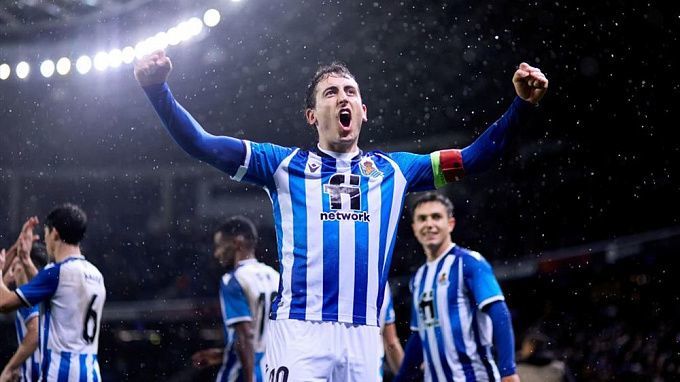 Prediction for the La Liga Real Sociedad vs Osasuna match, which will take place on February 27 at 20:30. Who will be stronger? Check the teams’ conditions and expert betting tips. Several betting options are available!

Real Sociedad won only once in the last seven matches - 2:0 over Granada. There were also three draws and three defeats. The team met with RB Leipzig within the Europa League qualifying rounds - drew 2:2 and lost 1:3 at home last week, ending their participation in the European competitions. Now Real Sociedad should concentrate on La Liga because they are only in seventh place with 38 points.

Osasuna interrupted its three-match undefeated streak in the last round when it beat Granada (2:0), Rayo Vallecano (3:0) and played a nil-nil draw with Sevilla. But the team could not oppose Atletico and lost 0:3. In the standings, Osasuna occupies the 11th line with 32 points.

We believe that Real Sociedad will cope with Osasuna. The fact is that the hosts were freed from the Europa League and the Spanish Cup, and they will focus solely on La Liga. The team needs to work hard to break into the Eurocup zone, or even in the top 4. So with such an ordinary opponent, they have to score three points. Prediction: a victory for Real Sociedad.