Sevilla vs Cadiz: Will the hosts strengthen their position in the top 4? 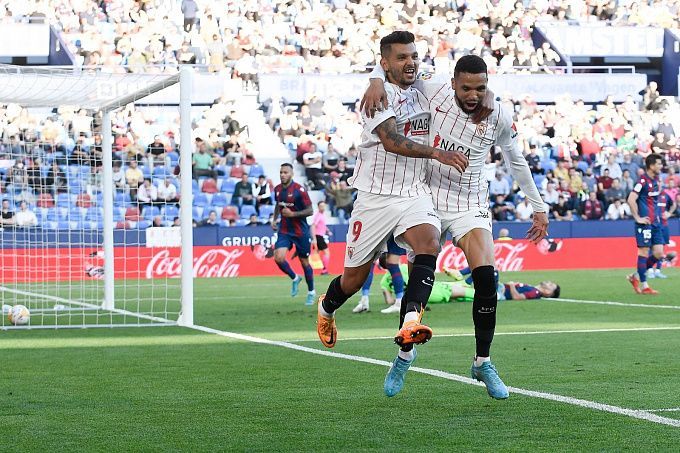 The thirty-fourth round of Spanish La Liga starts with a small Andalusian derby between Sevilla and Cadiz, in which Sevilla is the home team and favorite to play. Both teams are highly motivated, and both have high goals, Sevilla doing their best to keep their place in the top 4 and Cadiz to survive in La Liga.

In the last five Spanish league games since the defeat in London, the Red and Whites have scored only seven points, losing to Barcelona and Real Madrid and drawing with Real Sociedad. Sevilla also beat Levante 3:2 and Granada 4:2. Lately, Sevilla has become a top team, something we haven't seen from the Southerners before. Before the 34th round of La Liga, Sevilla is third in the table, six points ahead of fifth-placed Betis. Sevilla's home statistics are second only to Real Madrid, with 11 wins in 16 games, one defeat by Real Madrid, and a 34:16 goal difference.

Cadiz, like Sevilla, has scored seven points in the last five games. However, while it's hard to call this result worthy for the opponents, it's a remarkable statistic for a struggling side. Cadiz defeated Barcelona and Villarreal in this period, drew with Valencia, and was weaker than Betis and Athletic. Before the start of the round, Cadiz is in 17th position. Cádiz has the 12th away record, four wins in 16 games on a goal difference of 14:23. The scoring record of Cadiz is positive, and we may see this team in La Liga next season.

Sevilla lost their last match at home to Real Madrid for the first time of the season. Also, let's not forget the high tournament motivation of the future hosts, who are fighting for a place in the Champions League zone. We believe Sevilla will get a much-needed win on Friday. Our first bet is Handicap 1 (-0.75) for 1.72.

Both teams have been playing quite productive lately and are entirely focused on La Liga. We believe that in the upcoming game, the teams will reach a total over 2.5. W1+TO (2.5) for 2.83.