Valladolid vs Cadiz Prediction: The hosts will succeed in a low-scoring match 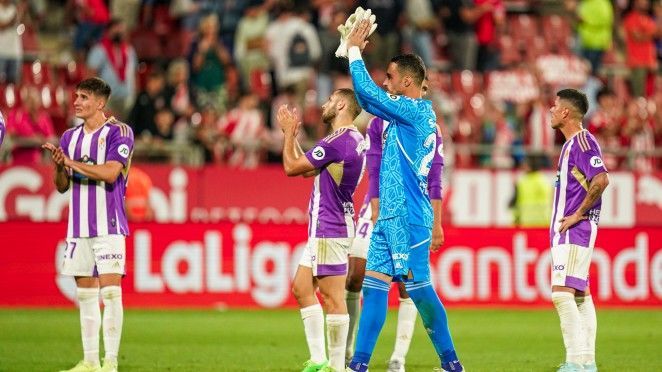 The match between Valladolid and Cadiz will open the sixth round of the Spanish La Liga. These two outsiders are competing for survival. This match can't be called a top one and bookmakers believe that the home team has the best chance to win.

In the first five games of the Spanish championship Valladolid has one victory over Almeria, a draw with Sevilla away and three defeats. Four points allow Valladolid to be above the relegation zone, but Getafe in 18th place is second to the future hosts according to the worst goal difference only. It should be noted that Valladolid scored only three goals in five rounds played.

Cadiz is the worst team in La Liga at the start of the season. Five games - five defeats and not a single goal scored against 14 missed. Despite the results, the club's management still hasn't dismissed Sergio, who led Cadiz in January 2022 and saved the southerners a place in La Liga. However, it's very possible that after Friday's game Sergio may lose his job. It's not just the five losses in five games that are depressing, but also the lack of goals scored.

Head-to-head encounters between Valladolid and Cadiz

Valladolid and Cadiz have played 52 meetings against each other: +18=17-17, 47:52 goal difference, a slight advantage of Valladolid. The teams have crossed paths in three tournaments: La Liga, Segunda and Spanish Cup. In the Primera, there have been 20 matches: +5=10-5, 17:16 goal difference. Valladolid has a considerable advantage on their home field: +15=8-3, 36:16 goal difference. The last time the opponents played against each other was in the season 2020/21, both games ended in a draw. It should also be noted that the last six games between our teams ended with TM (2.5).

We mentioned that the pair Valladolid vs Cadiz is low-scoring, the last six head-to-head encounters ended with TU (2.5). And in 10 La Liga 2022/23 matches played, they have scored only 3 goals between them. Given all this, we doubt that the upcoming meeting will be rich in goals, the first bet is likely to be the total under. As for the outcome, the hosts look livelier. Cadiz is very bad, the team hasn't scored a single goal in five games, we expect the dismissal of the head coach in the near future, and until this happens, we advise not to bet on the visitors. We offer the following betting options for this meeting: