Spartak Moscow vs Zenit Prediction: the Red and Whites Won't Let the St. Petersburg Side Break Away in the Standings 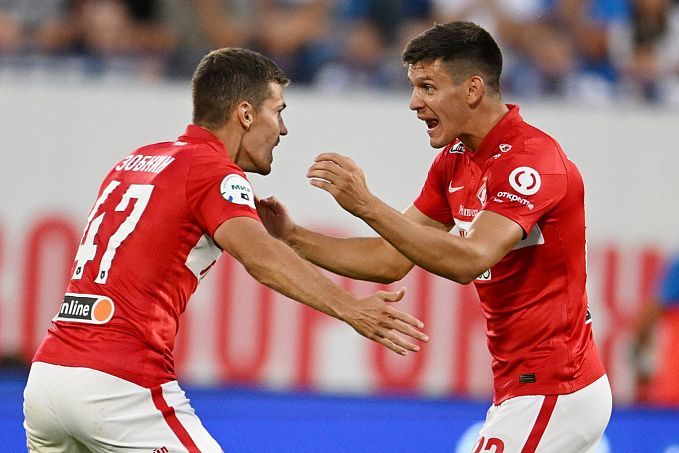 On September 4, 2022 at the Otkritie Bank Arena will be the match of Round 8 of the Russian Football Championship where Spartak will host Zenit. The game is scheduled to start at 20:00.

Spartak was the tenth team in the Premier League last season. Over 30 rounds, the Red and Whites have earned only 38 points (42% of the maximum). Under Guillermo Abascal, in the current championship, they already have 16 points (76%), although only seven meetings have passed. The progress is evident! The team dominated the field, and when the game didn't go well from the start they can win at will, as it was in the last matchday with Fakel - 4:1. That's how Spartak occupies second place in the standings, just one point behind the leader.

Zenit is the reigning champion of Russia that has kept its rivals at bay for four years now. The Blue and Whites began the season by defeating Spartak 4:0 in the Super Cup. Sergei Semak's charges allowed themselves a bit of a stumble in the opening stages of the new Premier League season, drawing 1:1 and 0:0 against Khimki and Akhmat respectively, but they won the remaining five games inevitably and convincingly. Of course, such a strong performance allows the club to regain the lead in the standings, but they have not yet created a comfortable lead over their rivals.

In recent years, Zenit has been beating Spartak in St. Petersburg very easily, but in Moscow the Blue-White-Blues have fared much worse. In their last nine head-to-head encounters, the Red and Whites have only suffered one defeat, there were five draws and three victories. Moreover, in the current championship Guillermo Abascal's wards are still earning maximum points in their home games, while the St. Petersburg side has already had two defeats in three meetings.

In terms of performance, the confrontation between Spartak and Zenit can also be divided into those games played in Moscow and those played in St. Petersburg. The meetings at Gazprom Arena are always fun, with Sergey Semak's charges throwing a handful of balls into the opponents' goal time after time, producing one TO result after another. In the capital, by contrast, the opponents play cautiosly, no one takes unnecessary risks, so the last four matches were ties.

If there is anyone to be expected to score in the upcoming match, it will be Quincy Promes, who is experiencing his rebirth this season. It seemed that his career had already gone downhill, as he could not return to his former level. But he scored more in seven games of the current championship than he did in the whole of last season. In seven RPL games, the Dutchman has already made seven goals and three assists, making him the tournament's top scorer.