Japan vs Spain: The hosts are making history 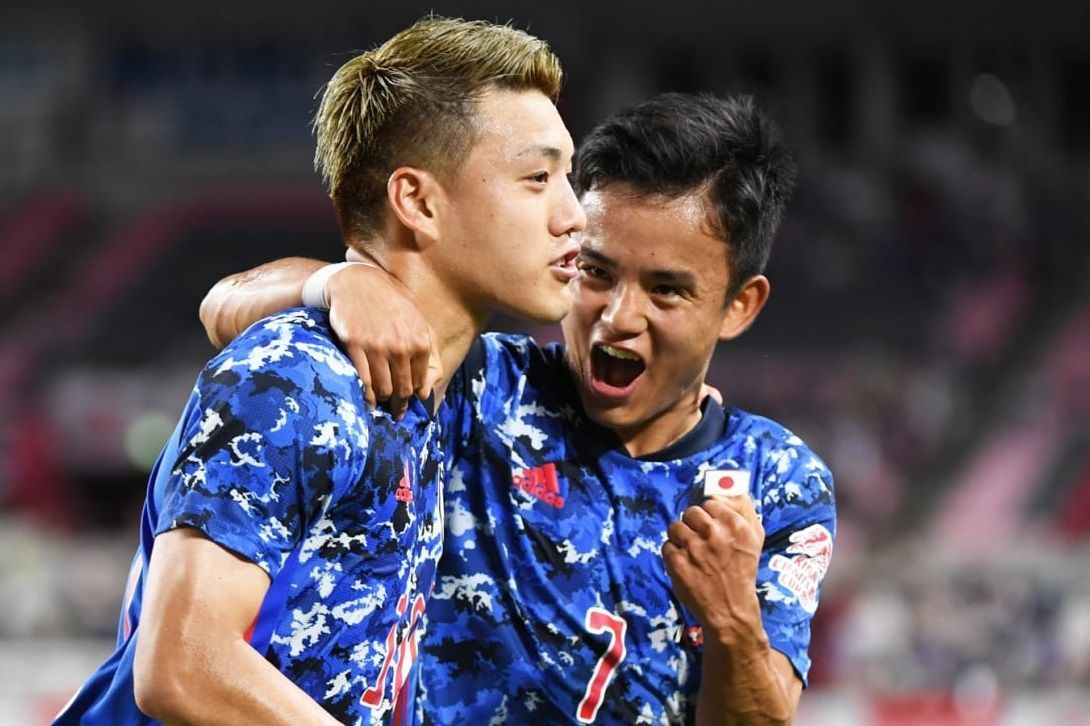 The Japanese national football team are close to winning medals at their home Olympics and will try to beat Spain in the semi-finals. The odds on the home team’s victory have dropped sharply, but they are still favourable to bet on.

Japan have only reached the semi-finals of the Olympics once in their history. In London 2012, they finished 4th. The team is determined to surpass its best-ever achievement at home, and they have everything in place to do so. Some young players have already proven themselves at well-known European clubs. Ritsu Doan has played for Arminia, PSV and Groningen, Takefusa Kubo belongs to Real Madrid, and Takehiro Tomiyasu plays for Bologna. Wataru Endo, Hiroki Sakai and Maya Yoshida came on as supporting players, and the latter two did well to bolster the Japanese defence. In Tokyo 2021, the Japanese national team won 3 out of 4 games, scoring thrice. Takefusa Kubo was the team’s top scorer with three goals, while Ritsu Doan scored two goals and an assist.

In the Olympic quarterfinal, Hajime Moriyasu’s side beat New Zealand on penalties. The regulation and extra time ended in a zero draw, and on the whole, the result was logical. The Japanese had the initiative but could not get close to the net. The opponents parked the bus and sometimes there were 7-8 field players in their penalty area. Only in the 10th minute of extra time, there was any semblance of a goal when Kubo shot against the goalkeeper. The fans of Japan were also nervous. At one point, the opponents poorly handled the ball while in a winning position.

The Spanish national team is one of the strongest teams at these Games. Six players of the national team for UEFA EURO 2020 were called: Mikel Oyarzabal, Pedri, Dani Olmo, Eric Garcia, Unai Simon and Pau Torres. We shouldn’t forget Dani Ceballos, but he was injured directly at the tournament and won’t play again in Tokyo. Barcelona defender Oscar Minguez is also injured, and it will be challenging to find an urgent replacement for him. Marco Asensio and Mikel Merino are under 23 players, with the latter having already scored three goals+assists. Mikel Oyarzabal scored two goals and one assist, while Rafa Mir has on his account three goals.

Luis de la Fuente’s men have only won 1 match in regular time, defeating Australia 1-0 in the group stage. In the quarterfinals, the Spaniards allowed Ivory Coast to take the lead twice, but they managed to get back into the game, and in the extra time, they took a 5-2 lead. In the first half, it was noticeable that La Roja were confused after conceding a goal, and they managed to get back into the game only thanks to a silly mistake by the defender. The Spanish national team could have conceded the 2nd goal by the break, but it happened in the 91st minute. With one minute remaining before the final whistle, Rafa Mir restored the balance, and in extra time the Wolverhampton forward completed his hat-trick. Dani Olmo contributed a goal and an assist.

In the quarterfinals, the Spanish team looked very vulnerable, especially in defence. Perhaps Mingesa’s injury impacted the game, as he left the field already in the 10th minute of the game against Ivory Coast. Meanwhile, in regular time, La Roja squeezed out almost all of their chances, and the goals were most likely to come from the defenders’ miscues. The Japanese also failed to impress in the last game, but against this Spanish team they have already had one fairly good game, creating several goalscoring chances. Ceballos was active in attack at the time and his absence will benefit the hosts of the tournament. I suggest betting on the following outcomes: