Lille vs Sevilla: The visitors will come for a win 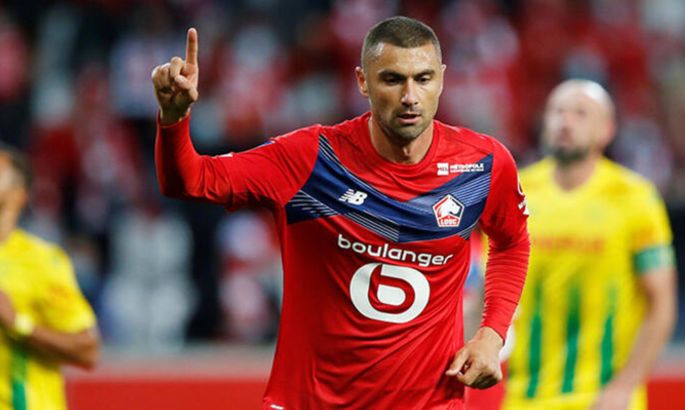 The situation in Group G can turn upside down in every round. On Wednesday night, we will see a match between teams that have not yet won the Champions League but still have a chance of making the playoffs.

The French team has picked up one point in two rounds and is sitting in last place in Group G. The first round against Wolfsburg ended in a goalless draw, while the second round saw Lille fall to Austria’s Salzburg 1-2.

The chances of clinching the title remain excellent, and a win over Sevilla could help them greatly. Domestically, Lille made a good start, but last time round’s 0-1 defeat at the hands of Clermont served to cool them down. However, it is difficult to ignore the good form of Jocelyn Gourvennec’s side.

There are also not many injuries, with only Botman and Leonardo being out.

Sevilla: A bet on defence

The Spaniards sit second in the group with two points. Both of the previous two rounds had ended identically, 1-1. Each time it was a comeback, and in the game against Salzburg, the Austrians failed to score twice on penalties.

If the Spaniards do not start to pick up points in the next rounds of the Champions League, they can focus on their favourite tournament, the Europa League. As for the domestic championship, Sevilla are doing well. They got third place, one defeat, and the best defensive performance of the Primera Division (three goals conceded).

We can expect a fit squad for the upcoming game, as only two players are out injured: Jordaan and En-Nesyri.

Lille have big problems in attack, and Yilmaz can’t carry the team alone. This encounter will rely on defence and waiting for the opponent to make mistakes. Sevilla will arrive with about the same mindset because a defeat in this match could significantly worsen the position in the group. You can bet on Total Under 2 for 1.76.

Sevilla look objectively more stable. The attack has no problems with the conversion rate. The defence is more reliable than ever. Only Granada managed to break the 14-match unbeaten streak of Sevilla. In the last round, the away win against Celta (1-0) might have started a new guilty streak. So here we suggest betting on the visitors’ victory for 2.25.

In a game like this, no one will rush forward from the start. The price of error is extremely high. In the equator of the Champions League group stage, defeats become critical in the fight for the playoffs. So a bet on a draw in the first half for 1.96 seems a good option.