Manchester City vs Borussia Dortmund Prediction: the Citizens to Win and Concede 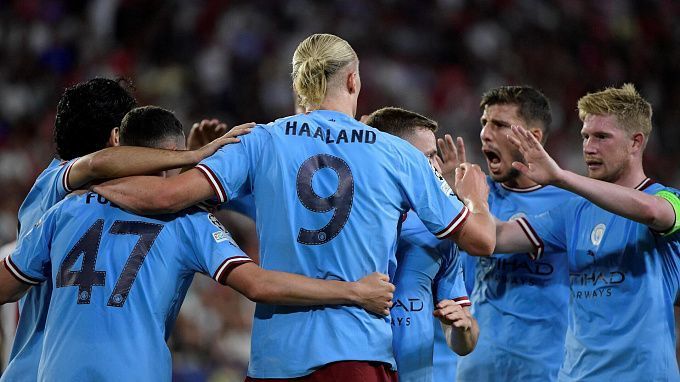 Prediction for the UCL Manchester City vs Borussia D group stage match, which will take place on September 14. Who will turn out to be stronger? Check the team conditions! Several betting options are available.

Manchester City already has one foot in the playoffs of the Champions League. The Citizens found themselves in a manageable group - Sevilla, and Copenhagen, with the only Borussia capable of resisting. Pep Guardiola's charges destroyed Sevilla in the first round, scoring four unanswered goals. It is also impossible not to mention the team's merits in the national championship. After the sixth round, they are second, one point behind leading Arsenal, who not long ago lost to Manchester United (1:3).

Borussia D started their European Cup journey with a resounding victory over Copenhagen. The German club outclassed the opponent, sending three goals and not conceding once. However, the Bumblebees have a lot of problems in the German championship. After six rounds, they take only fifth place, two points behind first-placed Union. In their last match, Borussia suffered a 0:3 defeat from Leipzig.

One of the most high-profile transfers of the summer was Haaland's move from Borussia D to Manchester City. Ironically, these teams will meet twice in the group stage. However, despite City's improved offense, we don't expect a one-goal game. In the last Champions League, the opponents met in the quarterfinals, with the City winning twice (2:1). In our opinion, the scenario will be repeated in the upcoming game. Prediction: both to score.