Content
To top
1.
Qarabag Could Have Had a Better Result in the First Game
2.
Lech Didn't Have a Rest
3.
Expert Betting Tips
Users' Choice
62 200 USD

Qarabag vs Lech Poznan Prediction: the Azerbaijan Champion to Take Revenge for the Defeat in Poland 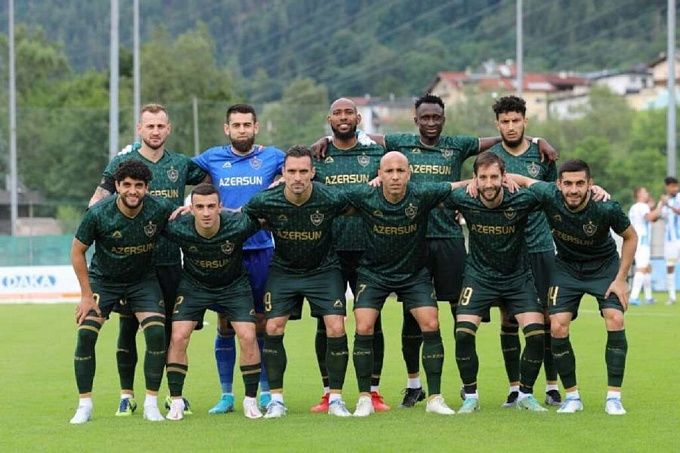 Prediction for the Champions League Qarabag vs Lech Poznan qualifier, which will take place on July 12. In the first match of the UCL qualification first round Lech outplayed Qarabag on home field with a score of 1:0. This means that only a win will satisfy the Baku side in the return game. Will Qarabag claim it? Who will turn out to be stronger? Check the team conditions! Several betting options are available.

Qarabag Could Have Had a Better Result in the First Game

In the Polish match Gurban Gurbanov's team had an excellent first half, attacking the opponent's goal 5 times, but conceded the only 1 that turned out to be victorious for Lech. In the second half Qarabag couldn't turn the tide of the game and the score remained unchanged. 0:1 - now the Azerbaijani champion must beat Lech at home.

Lech Didn't Have a Rest

After the match against Qarabag, the Polish champion had a meeting for the Super Cup. Lech failed to win their first trophy of the season, losing to Rakow with a score of 0:2. John van den Brom's team conceded at the end of the first half and at the beginning of the second so sctually they didn't deserve to win. Perhaps the unimpressive play in the Cup is the consequence of the fact that Lech is now focused on the battles with Qarabag.

Qarabag is an experienced team, which regularly takes part in the European Cups tournaments for many years and several times played in the groups, including the Champions League. So the defeat in the first round match of the UCL qualifiers is unlikely to bother the Azerbaijani champion. In the duel with Lech everything is just beginning. It is quite possible that Qarabag will win by one goal and the meeting will go into extra time. Prediction - a victory of Qarabag.