Sheriff Tiraspol vs Viktoria Plzen Prediction: the Yellow and Blacks to Claim the Regular Win 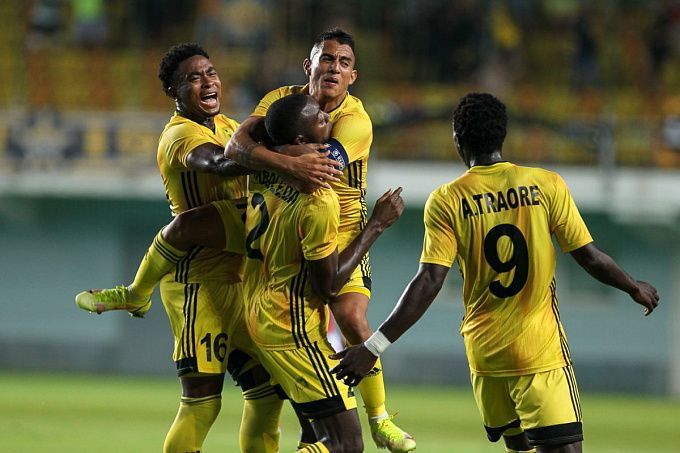 Prediction for the Champions League Sheriff vs Viktoria Plzen qualifier, which will take place on August 2. Who will turn out to be stronger? Check the team conditions! Several betting options are available.

Sheriff became the main discovery of the last Champions League. Then, under Yuriy Vernydub, the club not only qualified for the group stage of the tournament, which was a sensation, but also beat Shakhtar and Real Madrid - 2:0 and 2:1. Alas, that was the end of the Yellow and Blacks exploits. They took third place and went to the Europa League, but quickly dropped out. A year later, Sheriff plays under the leadership of Stjepan Tomas. They still have a chance to get into the group, defeating Zrinski and Maribor in the qualification - 1:0 each.

Viktoria Plzen has been one of the most successful teams in the Czech Republic for the last decade, but they managed to regain the league title only at the end of last season. Such success let the Red and Blues qualify for the Champions League, and right now, they perform well. The team got into the qualifying tournament a little later, so they overcame only one opponent so far, Finnish HJK, 2:1 and 5:0. Besides, this weekend, they debuted in the Czech championship as well, unexpectedly losing points in a game with Teplice - 2:2.

Sheriff is the bomb of the last Champions League, which will not degrade this season, having already reached the 3rd round of qualification. Even under Stjepan Tomas, they do a great job with a well-organized team. Viktoria Plzen is experienced, but it will be complicated to count on their away success.

Sheriff is a highly shut team — they defense their goal and at the same time counterattack at lightning speed. The Yellow and Blacks have held four games, not conceding once but scoring only two goals at home. So now the fate of the first game with Viktoria will be decided by a goal. Any error costs too much so that no one will take risk.

Momo Yansane is one of the main hopes of Sheriff in the offense. We have already mentioned that the Moldovan team shot twice. One was an own goal by the Guinean forward. In the return game against Maribor, he appeared on the field in the 85th minute and brought his club a ticket to the next round of the Champions League three minutes later. Last season he was also very productive, scoring 11 goals in 16 matches.