Sporting vs Tottenham Prediction: the Rivals to Make Scoring Showdown 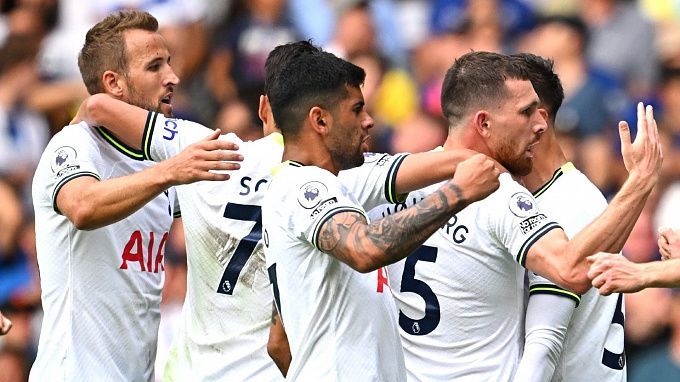 Prediction for the UCL Sporting vs Tottenham group stage match, which will take place on September 13. Who will turn out to be stronger? Check the team conditions! Several betting options are available.

Sporting started the new season not the best way - in four meetings in the Portuguese championship, they had only one victory. But after this series, the Lisbon team finally got three wins. Two were in Portugal, and one was in the first round of the UCL group stage. Sporting crushed the reigning UEL Champions - Eintracht, 3:0. Up until the 65th minute, there were no goals, but in the last third of the match, Ruben Amorim's charges sent three unanswered goals to the opponent.

Tottenham has looked excellent. They participated in seven matches, scoring five wins and two draws. The Spurs are sitting third in the EPL standings - that says a lot. As for the first leg of the Champions League group stage, Antonio Conte's charges hosted Marseille. The meeting took place fairly calmly, but from the 47th minute, the French club played ten men. In the 76th and 81st minutes, Tottenham twice converted the advantage (2:0).

We won't choose the outcome of the upcoming match. Even though Tottenham outclasses their opponents, the Portuguese crowd will support the hosts, making a bit of the difference. Note that the opponents have been scoring regularly. They scored five goals in the first round of the UCL group stage. We can hardly expect a dull match without dangerous moments in this meeting. We think the teams will score, so we'll take the exchange of goals as the main bet. Prediction: both teams will score.