Basel vs Pyunik Prediction: Expect a goal from the guests 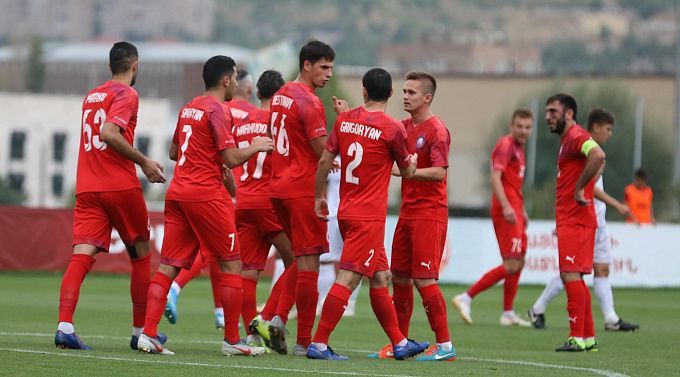 Prediction for the UEFA Conference League match between Basel and Pyunik, which will take place on September 8. Check the teams’ conditions and expert betting tips. Several betting options are available!

Basel was very successful in Conference League qualifying. First, the team beat Crusaders (3:1 on aggregate), then Brønnby (3:2), and, finally, CSKA Sofia (2:1). It's also worth noting that the Swiss club is not at their best for the upcoming game. In their last two games, Basel beat Zurich 4:2 and lost to Sion by one goal (1:2).

Pyunik could now be in one of the Europa League groups. Still, in the final qualifying game, they lost to Sheriff in a penalty shoot-out that decided the outcome of the pair (0:0 on aggregate in two games, 2:3 penalty shoot-out). Pyunik approaches the upcoming game after two victories in the national championship - over Noah (3:0) and Lernayin Artsakh (1:0).