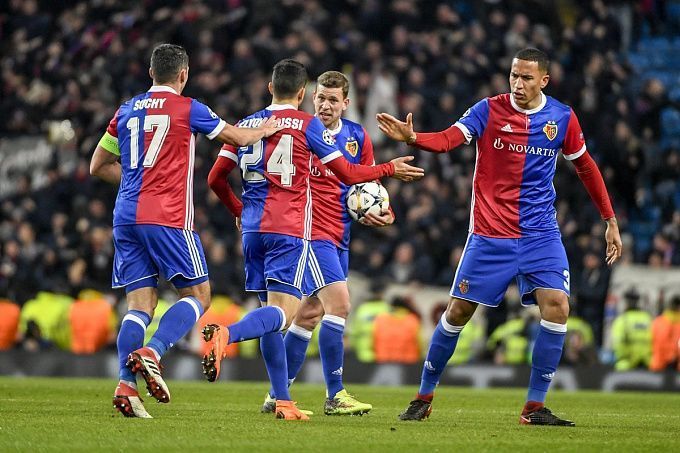 CSKA Sofia will face Basel in the final of the Conference League qualifiers. Check the teams’ conditions and expert betting tips. Several betting options are available!

CSKA is the most successful team in Bulgaria, with 31 league titles to their name so far, only the last time they won the local championship was back in 2007/08. Last season, they finished only second, 21 points behind the champion. The Reds began their European campaign with a clash against Makedonija Gjorče Petrov, whom they defeated on aggregate 4:0 and 0:0. Then, the Bulgarians beat Ireland's St Patrick's, losing on the road 0:1 but winning 2:0 at home.

Basel is also one of the most title-winning teams in their country. They have won the league title 20 times in their history, but since 2017 they have not been able to try for the title again. Last season, the Red and Blue finished second in the standings, but they were a respectable 14 points behind the winner. This season, they failed to get off to a flying start, picking up three points in four rounds and sitting in only eighth place out of ten. In the Conference League, Basel has already beaten Crusaders and Brøndby.

Basel is a much more experienced and skilled team than CSKA, so the Swiss should already have an advantage in the first leg. The Red and Blue are not doing well in the local league, but they can prepare for such an important game and show their best football. The Sofia side has had no great success recently on the international stage, so they can't be expected to do much now. As a result, we suggest betting on a Basel win for 2.14.

We shouldn't expect high-scoring activity from the upcoming encounter. The thing is that they play cautious football in the current European Cup campaign. In their four meetings with CSKA, they only scored seven goals (1.75 on average per game), while the Red and Blue also had seven goals (1.75 on average per game). With this in mind, we suggest betting on a total under 2.5 for 1.82.

It is worth taking a closer look at the 0:1 outcome. The teams have been playing as cautiously as possible in the current round of the UEFA Conference League, so we can't expect a lot of goals. At the same time, the team from Switzerland, who have great skill and experience, are the favorites for the upcoming meeting. As a result, there is an excellent chance to see 0:1 on the scoreboard after the end of the first game, and you can bet on such a score with an odds of about 8.00.