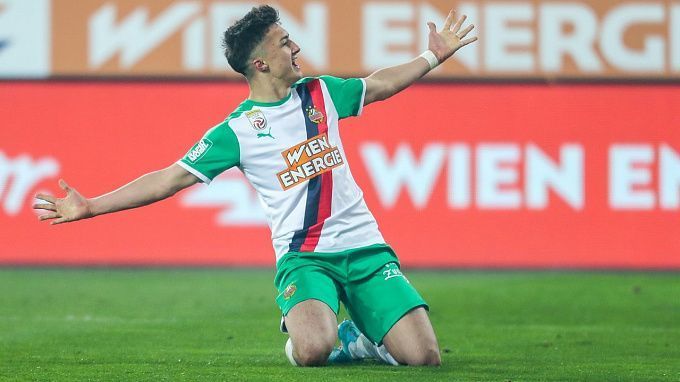 Rapid failed to beat Lechia Gdansk in the first leg of the second qualifying round of the Conference League. Will the Austrians manage to cope with the Poles in the second game? There are several options for betting at once.

The team from Gdansk missed the second round of the Polish championship, so they didn't play any games between the meetings with Rapid. This is only the third time in Lechia's history they have qualified for European competitions. The first was back in 1983/84 when Gdansk lost by all accounts in Champions League qualifying to Juventus. The second was in the 2019/20 season when Lechia failed to beat Brondby in Europa League qualification. The meetings with Rapid are the second round for Lechia in the current campaign. In the first round, the Poles knocked out Macedonia's Akademija Pandev (4:1, 2:1).

Rapid is a much more high-profile club than Lechia, having played many times in international competitions. So, the Viennese team remains the clear favorites in this pairing even after their nil draw with Lechia at home.

In between games in the Conference League, the team beat Ried in the Austrian championship on home soil (1:0). 20-year-old forward Bernhard Zimmermann scored the only goal in the 77th minute.

Rapid is a team with a history and a very different status in the hierarchy of European football than Lechia Gdansk. A defeat by the lowly Poles would be a real embarrassment for the Viennese club. Rapid will very probably not let that happen and somehow close out the encounter with a win. They'll win the game, if not in regulation time, then at least in extra time.