Riga vs Ruzomberok Prediction: Slovaks will beat Riga but still leave the tournament 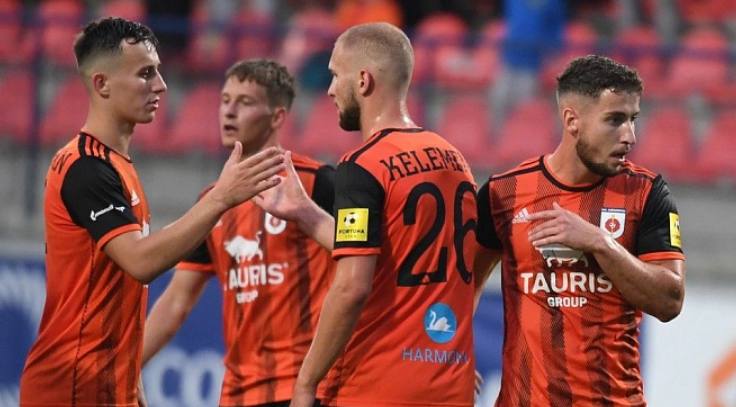 Riga beat Slovakian Ruzomberok unexpectedly on the road in the first game of the second qualifying round of the Conference League. Will the Slovaks be able to respond decently in Riga? We'll pick a few options to bet on at once.

We could hardly expect that Riga would win in the first leg against Ruzomberok. Riga scored two early goals in the first half and added a third early in the second (3:0). Marcelo Torres, Mikael Soisalo and Douglas Aurelio scored. The return meeting is now almost a formality.

On the eve of the second game against Ruzomberok, Riga played a match of the national championship and beat Spartaks (2:1) at home. Riga is third in the Latvian league table, nine points behind leading Valmiera.

The Slovaks were not inferior to Riga in their first qualifying match, but failed at the end of the first half, conceding twice in two minutes. Early in the second half, the Slovaks conceded a third goal (0:3).

After their failure in the first meeting with Riga, Ruzomberok could not defeat the domestic league club Podbrezova (2:2). After playing 2:1, Ruzomberok conceded the lead in the 89th minute.

With a 3:0 win in Slovakia, Riga could well lose their alertness in a home game. Ruzomberok is likely to take advantage of that and may even win at Skonto, but not by 3 goals.