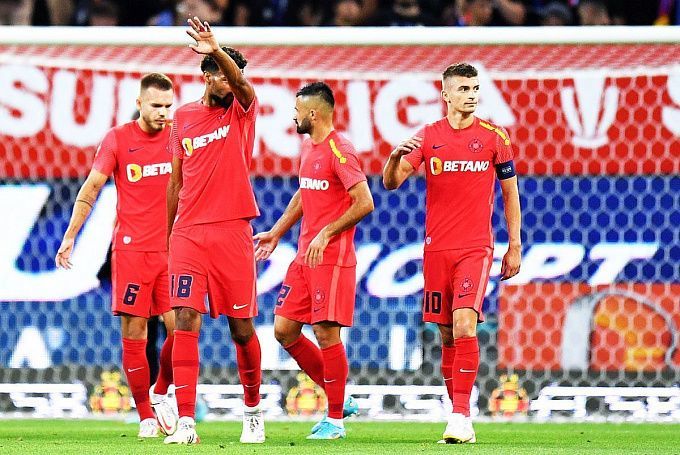 Prediction for the Conference League Saburtalo Tbilisi vs FCSB qualifier, which will take place on July 21. Who will turn out to be stronger? Check the team conditions! Several betting options are available.

Last season, Saburtalo was a little short of winning the bronze medal of the Georgian championship. The capital club finished only 4th. The team made it to the Conference League due to a victory in the Cup of the country, despite being only the 5th in the home championship. In the past 3 rounds, Saburtalo claimed two wins and one draw. In the last round of European Cup Lasha Nozadze's wards beat the Albanian club Partizani. After the minimal defeat the Georgian team took revenge on the road (1:0), and then proved stronger in a penalty shootout.

Steaua was one step away from the Romanian league title: the club from Bucharest was only one point behind Cluj. Now they have a very young team, and we cannot say that it has become stronger compared to last season. Valentin Gheorghe left and he scored 6 goals in the last season. The beginning of the new championship was not very good: at home Steaua drew 1:1 with Club Universitatea Cluj. The Bucharest side got off to a good start, but eventually conceded the goal first and could level the score only on penalties.

Saburtalo is having a difficult season, and the championship lacks stability, although the change of coach did help them. In European competition, the Georgian club has already lost once at home, and the current opponent looks stronger than the Albanian Partizani. Steaua has got off to a poor start in their home league so we won't expect impressive playing.