Braga vs Rangers: The Portuguese will create a head start before the return game 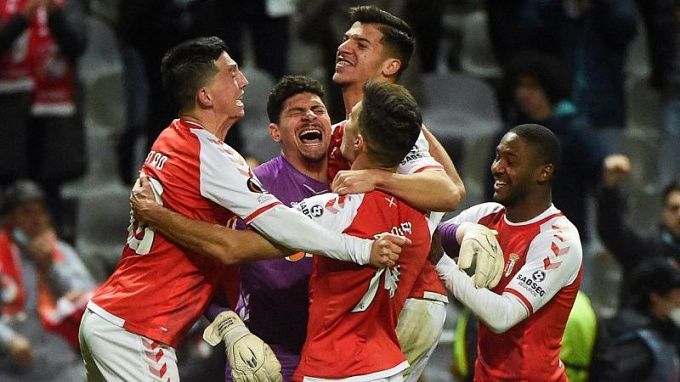 Portugal's Braga has qualified for the round of 16 against Monaco and will face Scotland's Rangers in the quarter-finals. There are several options for betting on the first match of the European clash.

If the Portuguese side can hardly take credit for the group stage of the Europa League and Braga finished only second in the quartet with Red Star, Ludogorets and Midtjylland, the play-offs are a different matter. In the round of 32, the Gunners overcame a powerful Sheriff. And in the round of 16, Braga beat Monaco with a score of 2:0 at home and 1:1 on the road.

Braga has coped with Sheriff and Monaco in the current Europa League play-offs. However, they are not Borussia Dortmund, who beat Glasgow Rangers in the round of 32. On home soil, Rangers played Borussia 2:2. And in the round of 16, the team beat Red Star, Braga's group-stage rivals, who beat the Portuguese in the group stage (3:0 at home, 1:2 away). On the eve of their trip to Portugal, Rangers lost to Celtic (1:2).

They met in the 2019/20 Europa League semi-final, and Rangers beat Braga at home and away. Braga has a good chance to avenge their loss to Glasgow Rangers in the Europa League two years ago. We're predicting a Braga win with a handicap (0) for 1.75.