Eintracht vs Barcelona: Betting on the Goal Exchange and Total Over 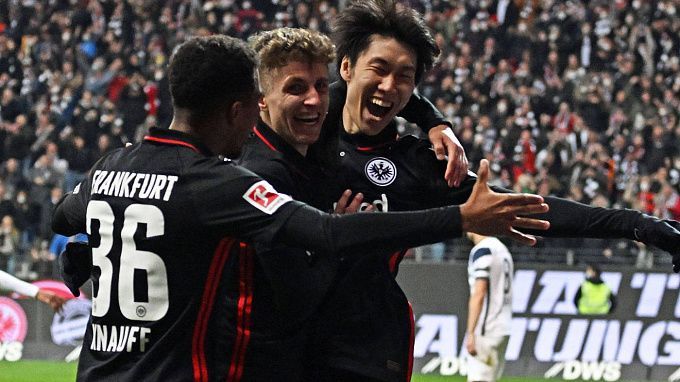 In the first matches of the UEL quarterfinals, German Eintracht will meet with Catalan Barcelona. The Spanish giant are quoted as the favorite but it is worth noting that both teams are highly motivated. This Europa League season is crucial for the clubs.

After defeating Bochum in mid-March, Eintracht played three official matches, getting draws in all of them. By the way, the team tied with Betis in the last 16 (extra time). Eintracht also drew with Leipzig in an away match and Greuther Fürth at home. In the match against Greuther Fürth, Eintracht had an xG statistic of 1.84, but the Eagles failed to score. There is a feeling that the Germans will reach the total over this time. In the UEL round of 32, Eintracht did not have encounters as a winner of Group D. In the last 16, Frankfurt outplayed another Spanish team, Betis. Note that way to the Eurocups through the Bundesliga will be extremely difficult for Eintracht. After 28 rounds, the Eagles occupy ninth position, 39 points and a five-point gap to Hoffenheim.

The Europa League is the only trophy of the season that Barcelona can win. In the Spanish championship Barça has no chance for the title, but the situation is generally positive. There is a 4-point gap just from Betis, the rival of Eintracht in the UEL last round. Barcelona dropped out from the Spanish Cup, so the Europa League is the tournament may help Blaugrana to show that the team under the new coach is progressing and in the future can become, as before, a great force.

That said, while Eintracht's form is somewhat ambiguous. Barcelona has been making a strong impression of late. After the pause, the Catalans won over Sevilla, albeit minimally, but fairly confidently. Before the pause, Barça defeated Real Madrid, Galatasaray and Osasuna. Overall, the unbeaten streak counts 13 games long. Barcelona lost to Atlético Madrid and Real Madrid in the Spanish Cup and Supercup only after 90 minutes of the regulation time.

Few people doubt that Barcelona will score in Frankfurt. But an Eintracht goal at home looks more than realistic. For the Eagles, the Europa League has become the most important tournament at the end of the season. So even a draw against Barcelona at home will rob the Germans of any chance of qualifying for the Champions League. For the Catalans Europa League is also a very significant event, which must be won to show the whole world that Barça still can achieve high goals in Europe. We expect action from both teams, goals and total over (2.5).

It will be extremely difficult for Eintracht to beat Barcelona. The Catalans practically thrashed Real Madrid before the international break, who previously knocked out French PSG from the UCL. However, we think the Eagles have a chance at least for a home draw.