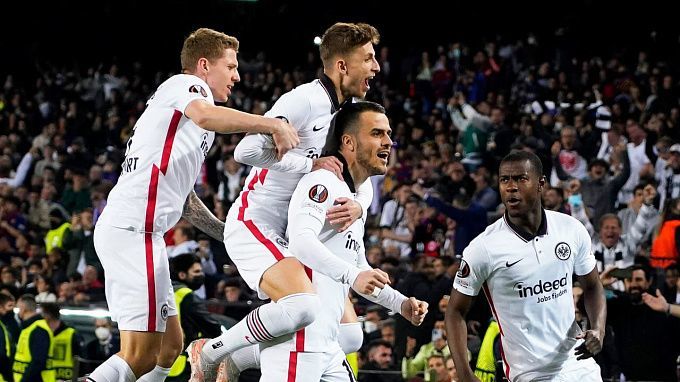 The final of the Europa League was unexpected. Eintracht and Rangers can hardly be called European superclubs, no matter how you look at it. The Europa League has been won by the top teams or close to it in recent times. A victory in the upcoming game is of double value for both opponents. Eintracht was left without Eurocups following the Bundesliga results. Now they can win a trophy and a ticket to the Champions League. While the Scots already have the right to play in the Champions League, a win in the Seville final will allow the Rangers to qualify directly for the group stage.

Eintracht won both semifinals of the Europa League against West Ham, although they were regarded the outsider. After a 1:0 home win over the Hammers, Eintracht drew twice, 1:1 against Gladbach and 2:2 away against Mainz. Overall, in the last five games Eintracht has two wins, two ties and one loss to Bayer. For Eintracht, the upcoming meeting will formally be a home game, but in fact it will be an away one. This season Eintracht played great on the road both in the Europa League and in the Bundesliga. In the former tournament, Eintracht won five away matches and drew with Fenerbahce. An absolutely phenomenal result for the home-based Eintracht. Also, in the previous five away matches of Eintracht in the UEL the bets "both teams to score - yes" and a TO (2.5) worked out.

Every team that gets to the final has earned it because it's a long road: you have to win a lot of matches. In Borussia Dortmund and Leipzig, Rangers eliminated two top teams from the Bundesliga over two legs. That shows they're very good and also shows they're well equipped for German football, so I'm expecting a very even, hard-fought contest. Both teams are very physical; British football is very physical.

Oliver Glasner before the match with the Rangers

In contrast to Eintracht, the upcoming meeting will not be the last one of the season for Rangers. Three days after the Europa League final, the Rangers play the Scottish Cup final against Hearts. The tournament managers could have given Rangers more time to rest and prepare, couldn't they? Especially considering it's the end of the season. Rangers finished second in the Scottish league, four points behind Celtic, but have won their last three matches.

Unlike Eintracht, who plays great on the road, the Rangers have not been doing so well in the UEL. We all remember the 4:2 victory over Borussia Dortmund, but after that there were three away defeats to Crvena Zvezda, Braga and Leipzig. There is no doubt that the Rangers made it this far in the second most important European Cup due to their excellent home-field play. So it is hardly surprising that Eintracht is quoted as the favorite of the meeting

Eintracht is physically quite strong, they have good pace up front, and they're good defensively. Their overall performances in Europe have been fantastic, so it's going to be a really exciting final. We have to make sure we play to our strengths but also respect the opponents because they have quality. We have to make sure we are well prepared to defend well against them.

Giovanni van Bronckhorst before the match with Eintracht

We pointed out that Eintracht is very confident this season on the road. Moreover, the Eagles even have a victory in Seville, although not at Ramon Sanchez Pizjuán but at the stadium of Betis - Benito Villamarín. That Spanish city has been somewhat fortunate for the Eagles this year. Conversely, the Rangers' success in the UCL is associated with home games. The Scots have a three-game losing streak in the Europa League on the road. We believe that this trend will continue, and Eintracht will succeed in the Europa League final, held on a neutral field.