Leipzig vs Atalanta: Bergamasca's High Motivation to Make a Difference 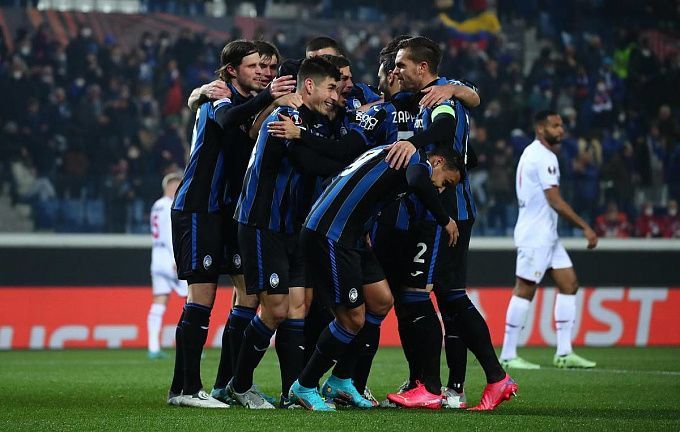 In the first matches of the UEL quarterfinals German Leipzig will meet with Italian Atalanta. The hosts are the favorites for the upcoming game, but it is worth paying attention to the fact that for Atalanta Europa League is almost the last chance to break into the Champions League 2022/23. There is no doubt that Bergamasca will do everything possible to take advantage of this opportunity.

Leipzig have not lost since February 5 and the away match against Bayern, which ended 2:3. Since then, the Bulls have improved their tournament placing in the Bundesliga, advanced to its semifinals and the UEL quarterfinals. Leipzig is making a successful season out of an unsuccessful one. There is no chance to claim the Bundesliga title, the gap from the leader is too large and there is no way to win it back. But there is little doubt, especially after the defeat from Dortmund at the Signal Iduna Park, that we will see Tedesco's team next season in the UCL.

The match against Borussia D was the first for the Bulls after the international break. Already by the 30-minute mark, due to Laimer's goal, the Bulls led 2:0, and eventually overcame their opponent 4:1. Now we can definitely say that Borussia is no match for Bayern in the fight for the title. RB had an excellent game. Leipzig played out a 2:2 draw with Spanish Real Sociedad in the Europa League last 32. In the round of 16 Leipzig had to play against Spartak and automatically moved on.

Atalanta is struggling in Serie A. After the home defeat against Napoli (1:3) it became even more difficult. After 30 matches, Atalanta is 8 points behind Juventus, although Turin played one match more. Recall that Juventus occupies fourth place in the standings. Roma and the Europa League zone are three points ahead. Atalanta's chances for the final fifth place are not bad, but it is obvious that Gasperini's team has the task to perform in the Champions League.

Atalanta knocked out Olympiacos and Bayer from the Europa League playoffs, having a total over inthree games out of four. Atalanta made the UEL playoffs after finishing third in Group F, losing to Manchester United and Villarreal. Speaking of which, five of Atalanta's six group matches were TO. Atalanta fell to Napoli. Even though they played a good game, converted more dangerous chances than the opponent, but scored two fewer goals. Atalanta's xG statistical index was 1.74.

The two teams meet, and both play offensively at home and on the road. There will certainly be some scouting in the upcoming game, but I doubt the potential silence at the beginning will affect the final result.

Leipzig performs admirably on their field, has one of the best home stats in the Bundesliga. Despite this, we are on the side of Atalanta. The Italians have gained a lot of international experience in recent years. For Bergamasca the Europa League, especially after the defeat by Napoli, is the crucial event. Plus, Atalanta's away statistics are very good. For example, in the two previous rounds of the Europa League the Bergamasca twice won to nil over Olympiacos and Bayer.