Leipzig vs Glasgow Rangers: Can the Bulls Build Up a Lead in the First Match? 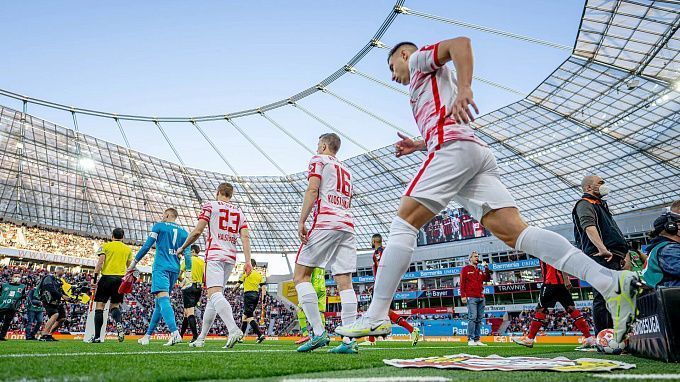 The first semifinal of the Europa League between German RB Leipzig and Scottish Glasgow Rangers will take place in Germany. The Red Bulls are the big favorites in this game. They have not only the field factor on their side, but also the incredible lineup, although Rangers have shown in the last couple of seasons that this club is not afraid of the football legends.

Despite the Europa League and Bundesliga, Leipzig continues their German Cup season. The Bulls keep playing as hot schedule as possible, which may eventually have a negative impact, or rather it is already affecting them. After a hard match against Union in the DFB Pokal, the Bulls received the same Union within the next Bundesliga round. In another fierce contest, the Iron Ones won (2:1). The unpleasant defeat did not impact Berlin's position in the Champions League zone.

After the first semifinal, Leipzig will play with Gladbach and have an away match. After the second, they will host Augsburg, a fighter for survival. Perhaps by that time, the Bavarians will already secure a place in the elite for next season. The Bulls will finish Bundesliga with a game against Arminia, another underdog. The schedule is quite acceptable, and the team can concentrate on the Europa League. In the UEL, Leipzig played two home meetings, not winning once and drawing twice: 2:2 with Real Sociedad and 1:1 with Atalanta. Surprisingly, the Bulls have achieved the result in the European Cups only in away games so far. Let's see how it will be this time.

The Rangers have a 4-match winning streak. During that period they had two 120-minute encounters, the UEL return against Braga and the Scottish Cup match against Celtic. Also, Glasgow defeated St. Mirren and Motherwell in the national championship. Glasgow Rangers have problems in the Scottish Championship so they are unlikely to take the title this season. By the way, Glasgow will definitely represent Scotland in UCL qualification. However, should they win the Europa League, Glasgow would play in the group stage of the tournament. In the current season, Rangers have played seven away matches in the UEL, winning only once, 4:2 over Borussia Dortmund. They lost to Sparta Prague 0:1, Crvena Zvezda in Belgrade 1:2 and Braga in Portugal 0:1.

Leipzig is well aware that they will receive a warm welcome in Scotland and even a draw at Ibrox will be enough for them. Therefore, on the home field against the Scots need a victory by two goals or more. The Bulls are encouraged by the failure in the last round of the Bundesliga. Leipzig were first to open the score against Union and tried to hold on to their lead getting an inevitable punished by the home side. We have no doubt that Tedesco's team learned their lesson well and will continue to press their opponent, even if they are the first to take the lead.

In order not to have problems in the return game at Aibrox, the Bulls need a smash on their field. Given the Rangers' lack of confidence on the road, we would not be surprised if the Germans can achieve their aim.