Villarreal vs Manchester United: Solskjær will win his first final as a coach 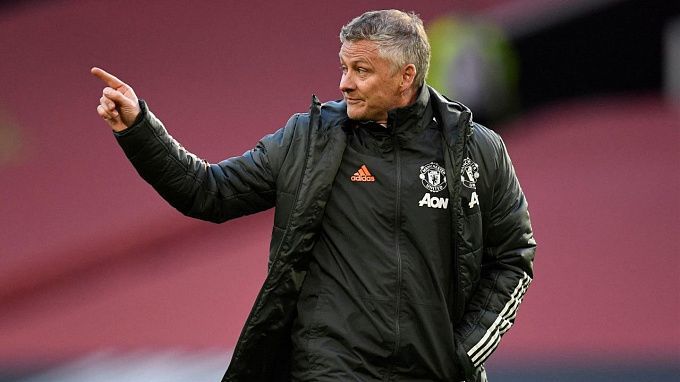 Villarreal and Manchester United will meet in the Europa League final. This is the first final at the helm of their clubs for both Unai Emery and Ole Gunnar Solskjær. Indeed, everyone knows perfectly well - the Europa League is the favorite tournament for Unai, who has won the trophy three times with Sevilla. Will the Norwegian stop him?

Let's talk a little bit about Villarreal's path to the Europa League final. The Yellow Submarine defeated Salzburg twice in the 1/16 finals. The next opponent of the Spanish club was Dynamo Kyiv. Also, two wins, this time the team did not even allow the opponent to distinguish themselves. In the quarterfinals, Villarreal opposed Dinamo Zagreb. Again, two wins and a confident pass. In the semifinals, Unai Emery met with former club Arsenal. In Spain, Villarreal defeated the Gunners and survived in the English capital. Regarding the performance in La Liga, Emery's team has 55 points and claims a place in the European Cup next season.

After five years, Manchester United returns to the Europa League finals. Looking back at the club's performances under Mourinho, it's fair to say that this time the path to the playoffs was much easier for Manchester United. Their first opponent in the Europa League playoffs was Real Sociedad. Everything was decided back in the first away game, which ended 4-0 (the second game at Old Trafford ended in a draw 0-0). Next Manchester United faced Milan. An exchange of goals at the Theatre of Dreams and the individual skill of Paul Pogba in Italy allowed them to pass to the quarterfinals, where Manchester United twice easily outplayed another representative of La Liga - Granada. In the semifinals, the Red Devils destroyed Roma in the second half of their home game and lost in Rome - but reached the final. In the APL, the Mancunians are in second place.

Unai Emery has more experience playing in the Europa League than Ole Gunnar Solskjær. Manchester United have more experience playing in European Cups than Villarreal. In Poland, with a certain number of fans, we will have a really exciting match. Manchester United have the advantage in terms of the level of the players, but we should not discount Villarreal, who have reached the final stage.

In recent matches, the Red Devils have had huge problems in defense. Of course, it was very difficult without the captain. I think Manchester United's medical staff will do everything they can to make sure Harry Maguire takes part in the most important match of the season and bring the defensive game in order. This is Emery's first Europa League final outside of Sevilla, with whom he has won the tournament three times. And Solskjær was finally able to break the series of defeats in the semifinals. I believe that this time the yellow submarine will not be able to upset the representative of the APL, and the Europa League trophy will go back to Manchester after five long years.


Author: Alisa Barladyan
Follow Telecom Asia Sport!
Rating:
0
Comments
No Comments Yet! Be the first to share what you think!