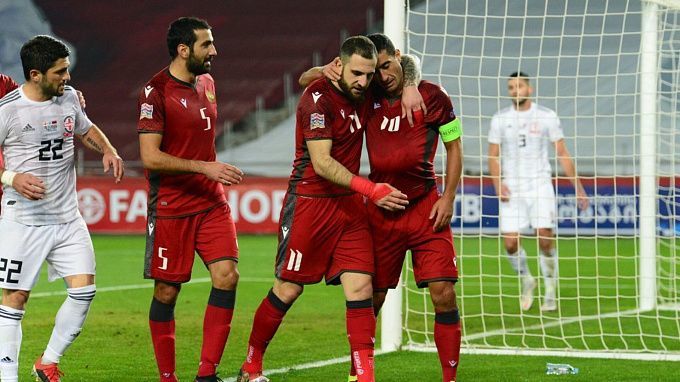 Prediction for the League of Nations Armenia vs Ukraine match, which will take place on September 24. After losing to the Scots on September 21, the Ukraine national team lost the strategic initiative, allowing them to take the lead in the pursuit race. The only chance to turn the situation around is to win the remaining two games in the Nations League. But the Armenians don't want to lose either as they are at the bottom of Group 1 and risk leaving the League B at the end of the tournament.  Who will turn out to be stronger? Check the team conditions! Several betting options are available.

Armenia started the tournament cheerfully, beating Ireland 1:0 at home. However, we didn't see any decent continuation as they lost one after the other: to the Scots, Ukraine and again to the Scots. All three defeats were by a -1.5 head start, and two of them were blowouts. Before the start of the fifth round, the Armenian team takes the fourth place in Group 1 standings, one point behind Ireland.

We didn't expect anything close to this outcome - 0:3 from the Scots and absolute hopelessness ahead. Only three shots towards goal and zero shots on goal in 90 minutes?! What was that? Before that, under Petrakov, they had lost to the Welsh, but that defeat was an accident, bad luck, misfortune. The defeat from the Scots was just shocking. It is obvious that the Ukrainian team is way stronger than their opponent, but if the Yellow and Blues team will play the match on the same level as the Scots, they can lose to the Armenians.

The Ukrainians look favorites even without a number of leaders, so the line on the game is quite expected. At the same time, it is obvious that their morale is low, which the Armenians, fighting for a place in the League B, will try to take advantage of. Besides, in Armenia the Ukraine team has defeated the hosts only once, back in the last century, by -1.5, so, taking into consideration the situation in this match let's bet on the underdog. In general, we expect a draw.