Czech Republic vs Portugal Prediction: Portugal needs a win in the upcoming game 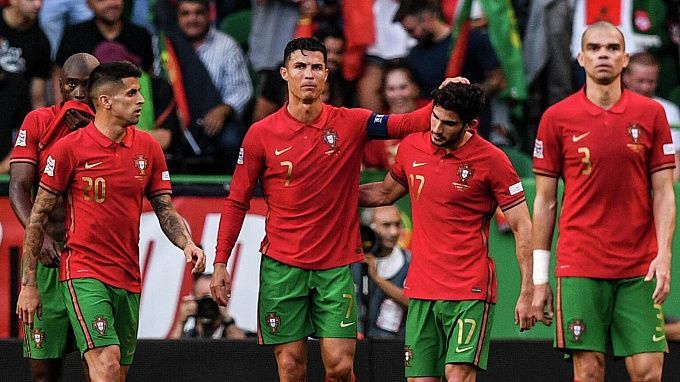 Prediction for the match of the Nations League between Czech Republic vs Portugal, which will take place on September 24. Check the teams’ conditions and expert betting tips. Several betting options are available!

After beating Switzerland in the opening round, the Czech Republic picked up just one point in three games, losing their last two matches 0:2 away to the Portuguese and Spaniards. Before the start of the fifth round, they are in third place, one point ahead of Switzerland. But they are four points behind Spain. It is unlikely the Czechs will be able to compete with their opponent, but they could drop out of Ligue A well.

In the last round of the Nations League, Portugal lost away to Switzerland 0:1. After that defeat, the Portuguese lost their lead in the group to Spain. They had previously drawn 1:1 away against Spain before defeating Switzerland and the Czech Republic. They are second in the group, one point behind Spain, before kick-off in the fifth round.

To maintain a realistic chance of a first place in Group 2, the Portuguese team needs a win in the upcoming game. It is doubtful that the Spaniards will lose points against the Swiss in the parallel match. If Portugal and Spain win their games in the fifth round, the fate of a play-off place will be decided in a head-to-head encounter between the leaders on Portuguese soil.