Denmark vs Austria Prediction:The Red and White will be stronger 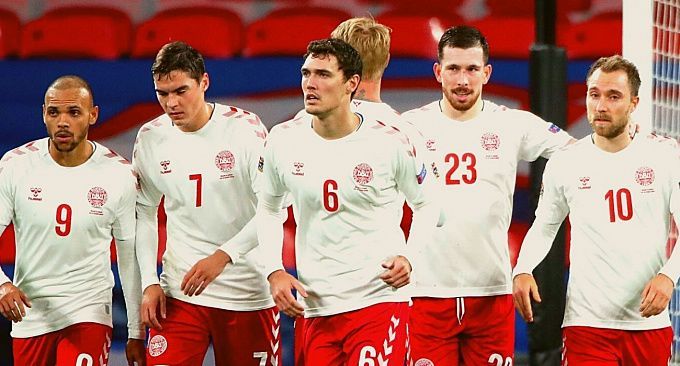 Prediction for the fourth round of the Nations League, where Denmark vs Austria will take place on June 13. Check the team conditions and choose several betting options.

The Danish national team still suffered a setback. In the third round, the Danes hosted Croatia. However, the hosts failed to score at the Croatian goal. So, the final score on the scoreboard was 1:0 in favor of Croatia. This defeat, of course, affected the Red and Whites' position in the table, but it is insignificant. Currently, the Danish national team takes the first position with six points in their assets. Lower-ranked Austrian and Croatian national teams have earned four points each. Consequently, they should not suffer a setback in the forthcoming round.

The Austrian team still has a chance of making the playoffs. For that, they need to win the remaining rounds, which is a difficult task for this national team. The Austrians were quite cheerful in the first round. They crushed the Croatian national team, scoring three unanswered goals. After that, the team lost to the Danes (1:2) in front of their stands, and, finally, they drew with France (1:1).

The bookmakers have given their preference to Denmark, and we'll have to agree. Austria certainly looks good in this Nations League, but they have already lost once to the Danes, and with the support of their crowd. Now, the advantage will be on the side of the Red-Whites, and we think the home side will have no problem scoring three points, thereby increasing their chances of making the play-offs.