France vs Austria Prediction: Didier Deschamps' Squad has to Focus 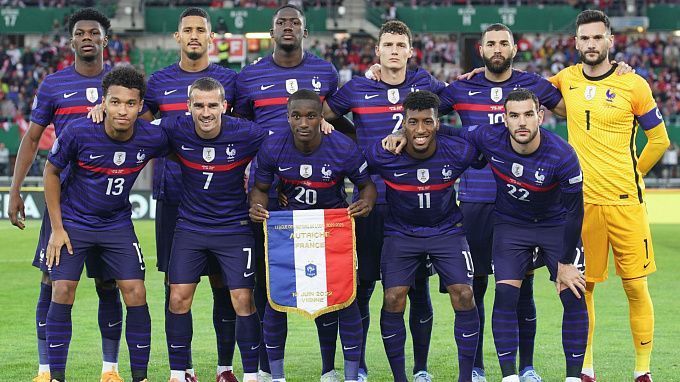 Prediction for the League of Nations France vs Austria match, which will take place on September 22. Who will turn out to be stronger? Check the team conditions! Several betting options are available.

France performed magnificently in World Cup 2022 qualification. The French destroyed their group, earning 18 points and winning it. But in the summer matches, Didier Deschamps' side disappointed everyone. France only managed to draw twice (1:1 with Croatia and Austria) in four games and lose twice (1:2 Denmark and 0:1 Croatia). In the Group 1 standings, the French are in last place with two points.

Austria will skip the upcoming 2022 World Cup. The team lost to the Welsh squad with a score of 1:2. They played in the League of Nations in the summer with one victory, one tie, and two defeats in four games. The national team started with the victory over Croatia (3:0), then lost to Denmark (1:2), failed to beat France (1:1), and in the last round again lost to Denmark (0:2). In the standings, the Austrians are in third place with four points.

In the upcoming match, we give preference to the French team. No matter how you look at it, their squad is packed with football stars. In the summer, they played in the League of Nations without much motivation, but now the situation is entirely different - the World Cup is on the eve, so they need the result here and now. The audience in Paris will help the national team. So we think they will get a comfortable victory over a relatively modest Austria, which could not make it to the 2022 World Cup.