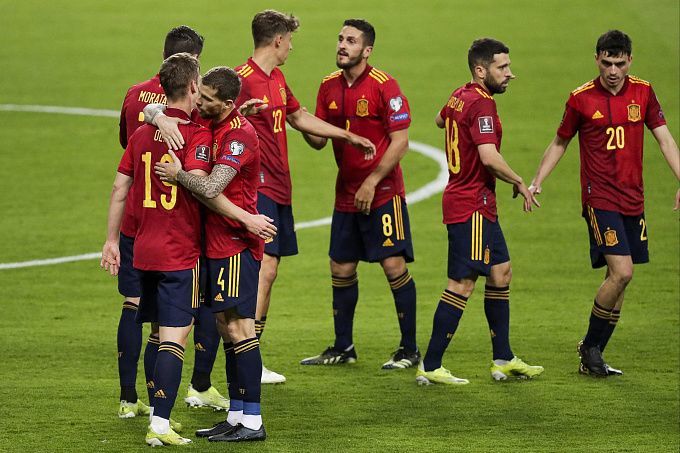 Prediction for the League of Nations Spain vs the Czech Republic match, which will take place on June 12. Who will turn out to be stronger? Check the team conditions! Several betting options are available.

Spain did not perform as well as expected. In the first two rounds, the Furia Roja had no wins, drawing twice - 1:1 with Portugal and 2:2 with the Czech Republic. In the third round, however, fortune favored the Spaniards, and they somehow beat Switzerland with a minimal difference (1:0). Perhaps, the Spanish team still has a chance of making the playoffs. The leading Portugal was only two points behind, which can be improved in the return game.

The Czech Republic is not in danger of relegation, as the Swiss team is not putting up much resistance. The Czechs are third with four points - in the first round they beat the Swiss with a score of 2:1, then drew with Spain, and then lost to Portugal (2:0). The team has a theoretical chance of qualifying, but it is virtually impossible. We think the Portuguese and Spanish national teams will not let the Czechs ahead.