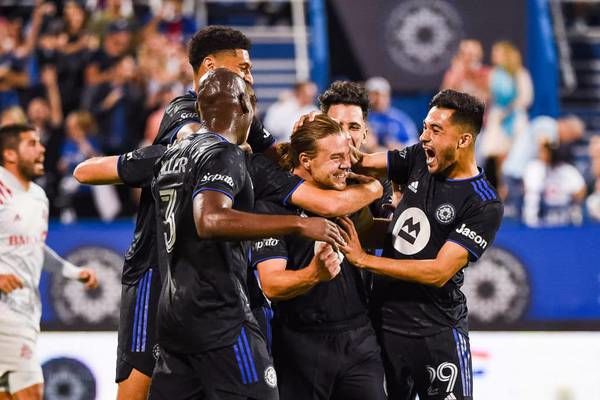 CF Montreal and Inter Miami square off in the Saputo Stadium. Both teams are looking for something continuity after picking up a vital win in their last match. Inter Miami snatched a 1-0 and CF Montreal beat Columbus Crew 2-1.

CF Montreal are in fine form lately, as they have not lost in their last 4 games. in their last 5 games, they produced 3 wins, 1 draw and 1 loss. In this match, they play at home, where they've endured an unstable form. Last time they played on home soil, they played a 0-0 draw against New York City FC. And in their 5 games at home, they have lost twice already.

Montreal occupy the 3rd spot on the Eastern Conference table, with 39 points after 23 games. They won 12 matches, drew 3 and lost 8. And by the goal charts, they managed to score 38 goals and conceded 37.

CF Montreal need to secure a win here to maintain the 3 point difference between them and 4th place New York Red Bulls.

Inter Miami managed to snatch a 1-0 last time out against San Jose Earthquakes, after going 3 straight games without a win. In their last 5 games, they secured 2 wins, 1 draw and 2 losses. Playing away from home has been a horrible adventure for this team. Going by their away records, they have 1 win in their last 8 away games. Now in this match, they travel away from home and will look set to pick up another away win.

Taking all 3 points will be very crucial for the team, as they are level on points with 9th place Cincinnati and 2 points above Chicago Fire and New England Revolution, who are 10th and 11th respectively.

Inter Miami's horrible away record is hard to miss and is the major decider for this one. They were lucky to snatch a 1-0 win last time out, but they would need more than luck to secure another away win here. CF Montreal haven't done so well at home either, but they will look better against a worse team on their home ground.