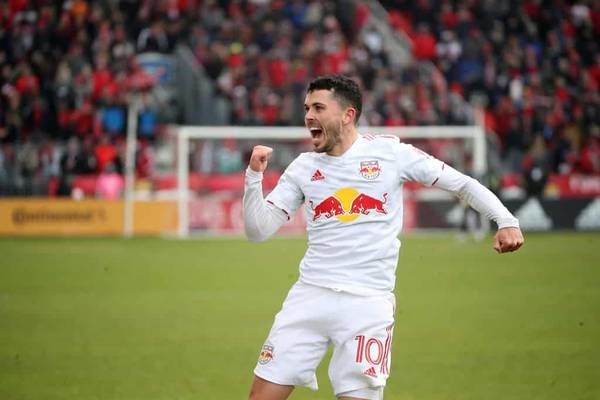 Bottom placed DC United welcome a challenge from 4th placed Red Bulls in the Audi Field. DC United have been horrible so far this season, hence their position at the bottom of the table and for New York Red Bulls, they have 3rd spot in sight, as they are only 3 points away from that position.

DC United seemed to have found a breakthrough, when they defeated Orlando City 2-1 last month. But their hope was short lived, as they returned back to losing, as they lost to Charlotte FC in their last game. In their last 5 games, DC United recorded just 1 win and lost 4 matches. Clearly they will need a miracle to end any higher than bottom of the Eastern Conference. By the logs, DC United are 14th with 21 points after 22 games. This means they won 6 games, drew 3 games and lost 13 games. And on goal record, they have scored 28 goals and conceded 47 goals. DC United really will judge their progress with such an encounter against a struggling Red Bulls side.

Surprisingly, the Red Bulls have equally been horrible lately. It's a huge surprise they are still 4th place in the Eastern Conference. Notwithstanding, this match presents them an opportunity to return back to winning ways against the bottom side. New York Red Bulls have gone 3 matches without a win. That is 3 losses in succession. Last time out, they lost 4-5 at home to Colorado Rapids. That came after a 5-1 trashing against Orlando City. This team clearly needs some help to maintain their form. It will be interesting to see how the Bulls respond against the poorest team in the Eastern Conference league.

At 4th place on the Eastern Conference table, they have 36 points after winning 10 games, drawing 6 and losing 7 games. New York Red Bulls have scored 38 goals so far and conceded 30 goals in return.

Between them, 20 matches have been played. DC United have 3 wins, New York Red Bulls have 9 and 8 matches ended in a draw.

As per odds, you will expect the visitors to run the show against DC United but their form worries me. New York Red Bulls have lost 3 games in a row and you can see the desperation in their latest game. You can back them to get a few goals here and not feel threatened by the opposition.