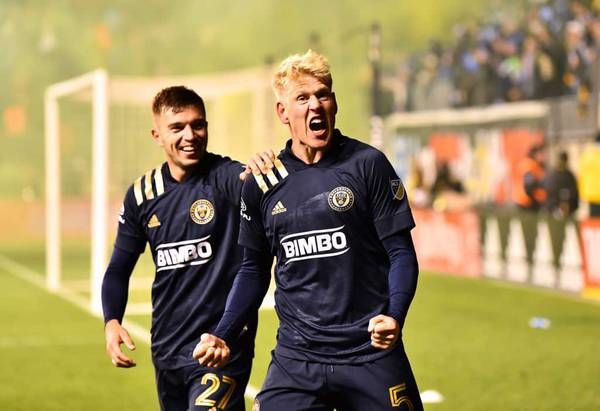 Eastern Conference leader Philadelphia welcomes the 7th place Chicago Fire to the Subaru Park for another MLS fixture. After 24 games, Philadelphia have fought hard to maintain an excellent form after acquiring 45 points and Chicago fire are in the playoffs battle at the moment, with 30 points shared between the 3 teams below them. By records, this match promises to be an exciting encounter.

Philadelphia suffered a shocking defeat against FC Cincinnati last time out. The Eastern Conference leaders went on a 5 game win streak before losing 3-1 to Cincinnati. They still maintained their top spot with 45 points, but that is temporary if 2nd placed New York City win their outstanding fixture. In the last 5 games, their result is 1 loss and 4 wins and on the goal charts, Philadelphia have scored 41 goals and conceded 18 goals.

Despite their current position, Chicago Fire can be considered one of the strong teams in the league. They are unbeaten in the last 5 games and look serious to maintain their playoff position. The Chicago Fire are in 7th Spot but they face a tough fight from the teams below. Orlando, Inter Miami and New England Revolution are all on same point as Chicago Fire. So, a win is much needed here by this team. On the goal records, Chicago Fire have scored 27 goals and conceded 30.

Between these two, 20 games have been played. Philadelphia leads the records with 9 wins while Chicago Fire has 7 wins and 4 games ended in draw.

Both teams look sharp enough to have a go at each other. This encounter will be full of attacks and I believe we can expect loads of goals here.