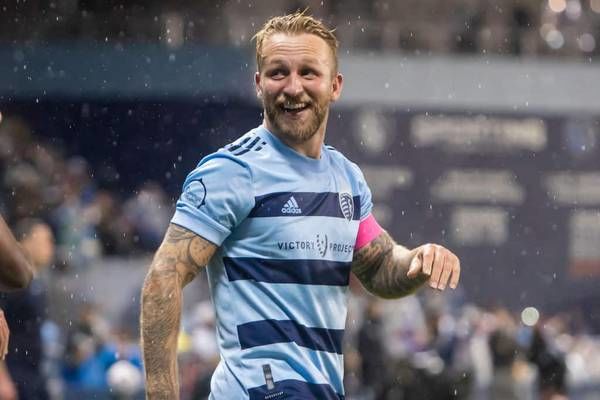 Sporting Kansas welcome Portland Timbers to the Children's Mercy Park. Both teams recently suffered defeats in their previous games and look set to recover and collect all three points.

The last time these two met this season, Portland ran the show, beating the opposition 7-2 in a tight contest. Both teams were condemned to 10 men, after a player from both teams got a red card in the second half. But it didn't destabilize the home team as they went on to score 2 extra goals late in the second half.

Sporting Kansas are currently the poorest team in the Western Conference and they occupy the bottom spot of the table with just 23 points in 26 games so far. And they face an opposition, who is 10 points ahead, in 10th position.

Sporting Kansas have endured a very poor run of form. They only managed 3 wins in as many as 10 games in the competition. Last time out, they lost 4-3 to Austin. They took the lead in the 1st half, scoring 3 goals to end the first half 3-1. Unfortunately, the home side came back stronger in the 2nd half, and scored 3 unanswered goals to end the match 4-3 in favor of the home side.

Playing at home has also been difficult for the Kansas team. They went on a 5 match losing streak at home, before finally breaking the jinx with a surprise 4-2 win against LA Galaxy last time out.

The Portland Timbers are an average team frankly. They are 10th in the Western Conference table with 33 points after 26 games, with just 1 point shy of the playoff spot.

Portland Timbers have also endured a poor run of form lately, as they have played 4 games without a win. Last time out, they lost 3-1 to Toronto, and leading to that match, they had 3 straight draws.

Toronto opened the scoring late in the first half with a strike from Jonathan Osorio and in the second half, Josecarlos Van Rankin drew Portland level. But goals from Lorenzo Insigne and Federico Bernardeschi secured a victory for Toronto.

The Portland Timbers have also struggled away from home. They have won just 1 away game in the last 5. With the last away ending in a defeat against Toronto.

Both teams have played 20 matches against each other. Portland Timbers lead with 7 wins, Sporting Kansas have 5 wins and 8 matches ended in draws.

It is difficult to pick an outright winner here. But one thing we can expect is goals. Both teams know each other really well and they are both confident enough to search for a goal. We can expect at least 2 goals in this encounter.