West Ham vs Norwich City: Another easy win for the Hammers 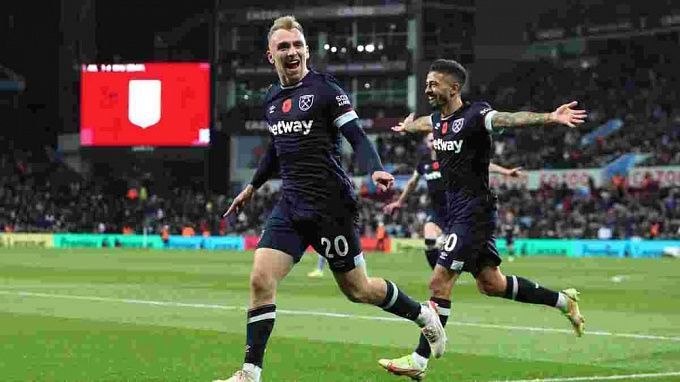 West Ham is back on the winning track, but they have not yet regained fourth place. Yet, the Hammers have an excellent opportunity to draw Arsenal’s attention with a match against the league’s worst team, Norwich. We are waiting for the Canaries to get another blowout.

After a frustrating League Cup dropout from Tottenham and a loss to Southampton, West Ham managed to get back on track with three victories. First, Watford (4:1) was thrashed, then Crystal Palace (3:2) was beaten, although the Hammers were about to miss win after leading 3:0. West Ham confidently defeated Leeds in the FA Cup (2:0). Thus, David Moyes’ charges are in fifth place, just one point behind Arsenal with the same number of games played.

Norwich did not earn points in the last five games of the championship and has never shot. The total score of the previous five games is 0:14. Dean Smith seems to be drowning in the same problems as Daniel Farke - the last place with 10 points proves it. The team is only three points behind the survival zone. A minor reason for being optimistic in the Canaries’ camp happened in the FA Cup, where they beat 1:0 Charlton away. Let’s see how this victory will affect the microclimate of the team and whether it will affect it at all?

53 times West Ham and Norwich have met each other. The Hammers are ahead 21:16. This season, the Hammers defeated the visiting Canaries 4:0. The last meeting in London ended with a 2:0 victory for the hosts.

We believe that West Ham will deal with Norwich at ease due to the difference in level. We offer the home team’s victory with a handicap of 1.5 goals. Also consider the triumph of the London team in the first half and the match, respectively.

In conclusion, we will only see goals from one of the teams, especially Norwich has severe problems with the converting offence (8 goals for the season), so we propose a bet “both to score - no”.