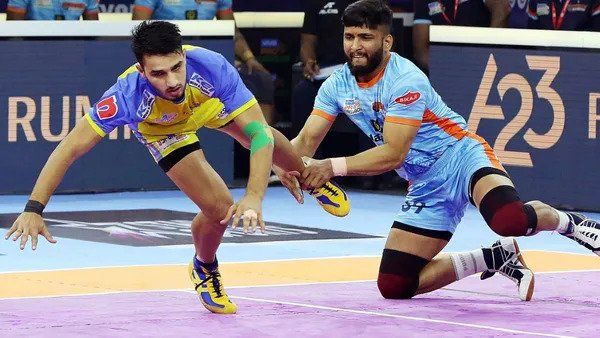 Gujarat Giants will be trying to avenge their previous defeat. The Giants have been uneven this season, with four wins, four defeats, and a draw, and they will be keen to right the ship as quickly as possible. With 98 raid points, Rakesh has been the team's go-to raider in attack, while Parteek Dhaiya and Chandran Ranjit have supported him with 37 and 35 raid points, respectively. Defensively, Sourav Gulia leads the squad with 25 tackle points, followed by Arkam Shaikh and Shankar Gadai, who have 14 and 12 tackle points, respectively.

So far, the Bengal Warriors have a similar record as the Gujarat Giants, with four victories, four defeats, and a draw. They have only won one of their past five games and will be eager to get back on track. Maninder Singh, their captain and leader, has been their most prolific scorer, with 83 raid points, while Shrikant Jadhav has backed him with 43 raid points. Deepak Hooda looked like his old self in the Warriors' last game and will seek to add to his season total of 25 raid points in the upcoming game. Girish Maruti Ernak has been their leading tackler on defense, with 29 tackle points. In defense, Vaibhav Garje and Shubham Shinde have also contributed.

Gujarat Giants and Bengal Warriors have met seven times, with the former winning three times and the latter twice. Two of the teams' games ended in ties.