Canada U20 vs Germany U20: the Hosts Leads its Group 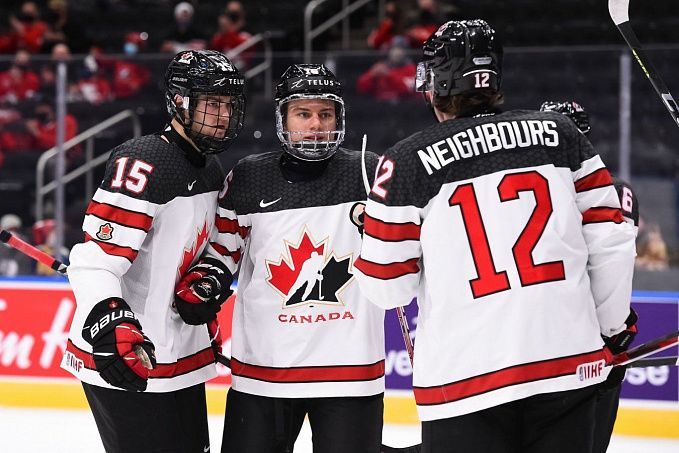 Canada has beaten Germany in the six matches at the WJCH with a total score of 45:9. Will the Germans prevent another devastating defeat? Several betting options are available!

The Canadians are the favourite of the World Cup. They were the same undisputed leader a year earlier but gained only silver awards. The Maple Leafs started the next home tournament with a hard-fought 6:3 victory over the Czech Republic. During the first period, they lost - 1:3. Dave Cameron's team did not encounter any resistance from Austria, leading 5:0 the game in the first period, and the final victory turned out to be unexpected 11:2. Nevertheless, the Canadians' main group match against Finland awaits the final round.

The German team performed excellently at the last World Championship, almost knocking out Russia in the quarterfinals, but they now brought a slightly less strong squad. It seemed that the Germans, at best, would fight with Switzerland for the penultimate place in the Group A standings, and they would lose all the other games without much chance. Everything turned out to be different. In the first match, Tobias Abstreiter's players gave a battle to Finland, although they were 1:3 defeated in the end. Then, they managed to earn points in the game with the Czech Republic, winning 2:1 in overtime, which secured the German team an entry to the quarterfinals of the tournament.

Over 15 years, the teams have held six head-to-head meetings at the WJCH. Every time the victory was celebrated by the Canadian national team, and the goal difference was 45:9. The last time the opponents played at the WJCH 2021, the Maple Leafs also won the group stage — 16:2.

It's hard to say what Germany did to Canada before the last World Cup, but the Maple Leafs did not just defeat the Germans but also crushed them. Some players and Tobias Abstreiter shudder at the memories of that match. The hosts will surely beat the Germans again, even though the visiting team acted uncompromisingly in the competition's opening. You can bet on the victory of the Canadian national team with a handicap (-5.5).

At the last WJCH, the German national team demonstrated bright offensive hockey, so they shot a lot and conceded even more. The Germans show a more organized and reliable hockey, not getting the opponents close to their gates. That is why in the two previous games, only six goals were thrown (3.00 on average per game), which is crumbs by the standards of the junior cup. Canada will score every goal they are supposed to, but it is unlikely as much as the Austrians, so the best option for the forecast is a total under 7.5.