Czech Republic vs Sweden : Expect a Total Over 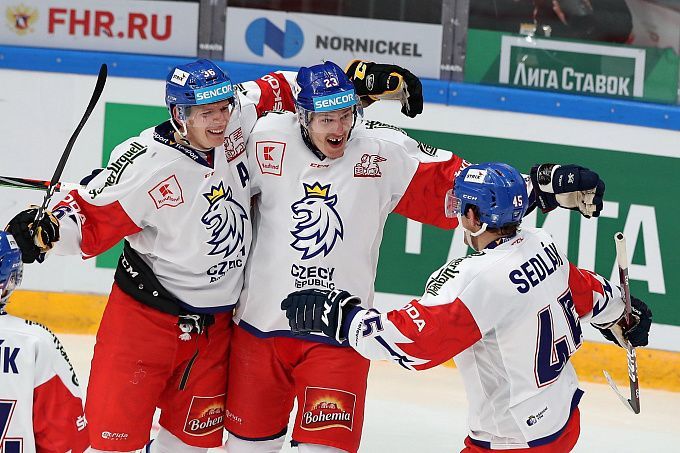 A week earlier, the Czech Republic beat Tre Kronor at home in the European Tour (9:3). Will Johan Garpenlöv's side be able to get revenge in the upcoming encounter? Our prediction is the Czechs will once again be closer to success!

At the 2022 Olympics, the Czech Republic was knocked out in the last eight by Switzerland, after which Filip Pesan was forced to retire without waiting for the World Cup. Kari Jalonen, the first foreign coach in the Czech national team's history, was appointed to fill the vacant position. His side had a decent home European schedule. They lost on penalties to the Finns 1:2 but then crushed the Swedes and Austrians 9:3 and 4:1, ending in first place in the tournament.

The Swedish team is also on the verge of a global change, as Johan Garpenlöv will end the coaching job as early as May. The Tre Kronor failed to qualify from a modestly competitive group at the last World Cup and were left without medals at the Beijing Olympics, losing the battle for the bronze to the Slovaks. In the third round of the European Tour, the team got two heartbreaking victories over Austria and Finland with a score of 1:0 and 2-0, respectively, but lost to the Czechs 3:9.

The Czech Republic and Sweden have been underperforming in recent years, but the Czechs did not wait until the end of the season to rebuild immediately after the disappointing Olympics. According to their recent head-to-head encounter, the White-Blue-Reds' plan was better, as they thrashed Tre Kronor 9:3. The game will now take place in Sweden, but Kari Jalonen's side is still the favorite to win the game, so we suggest betting on a Czech win for 1.88.

In their previous four head-to-head encounters, the opponents have combined to score 28 goals (7.00 on average per game). There's a good chance we'll see another goal feast. With that in mind, we suggest betting on a total over 5.5 for 2.168.

The upcoming round of the Euro Hockey Tour will be Johan Kjell Garpenlöv's last as head coach of the Swedish national team, and it will be in his home country. There is no doubt that he will try to prepare his squad for the final three games appropriately. We can see an aggressive opening encounter, so it's worth looking at the bet on the first goal in the match from 1 to 7 minutes for 1.88.