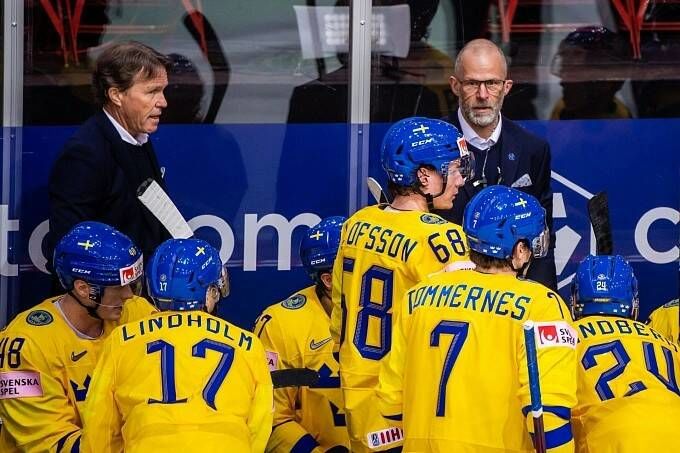 Prediction for the Hockey World Cup Sweden vs Great Britain match, which will take place on May 17. Who will turn out to be stronger? Check the team conditions! Several betting options are available.

Sweden has done everything in recent years to get rid of its status as a top team. Tre Kronor failed to make the group at the 2021 World Cup, they were left without a medal at the 2022 Olympics, and a number of NHL players refused to join the national team at the 2022 World Cup. Nevertheless, Johan Garpenlov is trying to perform properly at his last championship. In the first game, the Yellow and Blues managed to beat Austria 3:1, and then they fought a much more formidable Czech team 5:3, making a serious claim for a good result.

Great Britain is playing in the world's elite for the third year, which is a great success for them. Moreover, at the last World Cup they earned four points when they first snagged a point against Denmark, losing in overtime 1:2, and then beat Belarus 4:3. Peter Russell's charges did not come to World Cup-2022 for nothing. In the first match, they fell to the Czech Republic - 1:5, although the first goal was missed only in the middle of the second period, but then they gained points from Norway, failing in a series of shootouts - 3:4.

Sweden and Great Britain are teams whose level is so different that it is naive to even compare. Sure, Tre Kronor will score three points in the upcoming game at ease. The Brits managed to come back from a three-point deficit against Norway the day before, but first of all it says something about the Vikings' huge problems, not about the strength of Peter Russell's squad. As a result, we bet on a handicap 1 (-4.5).

The British team has a surprisingly solid performance at the 2022 World Cup. Peter Russell's charges have already scored four goals in their two starting matches. An excellent figure taking into account the absence of Liam Kirk, who became the top scorer of the national team a year earlier. Sweden, meanwhile, aspires to play defensively, so even against the group's outsider, Tre Kronor are unlikely to mistake. Based on this, the best option seems to be "Great Britain to Score - No."

Lucas Wallmark had a very controversial season for CSKA. It was clear already during the offseason that he is a skillful one. But in the last season Lucas earned only 19 points (8 goals + 11 assists) and left Russia in the beginning of playoffs. He already had two assisted points in two games at World Cup. The fight against the outsider is a great chance to improve his personal stats. We bet on Lucas Wallmark's 1.5 points.