Arizona Coyotes vs Nashvill Predators: the Predators Will Top the West 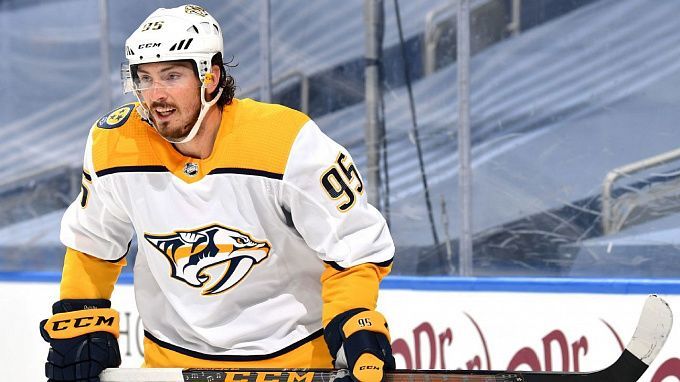 Arizona unexpectedly outplayed Chicago in the regulation time. The Coyotes' next opponent is Nashville, one of the leaders of the Western Conference. Is André Tourigny's team going to cope with the Predators? Let's choose several options for the bet at once.

Arizona Rises From the Ashes

The Coyotes seem to straighten things out by the middle of the season. In the past four matches, the hopeless last team lost only once in regular time and won two victories. In addition to Chicago, Arizona beat Anaheim in overtime before the covid break.

The main hero of the match with the Blackhawks, which ended up with a 6:4 victory for the Coyotes, was second-tier centre Johan Larsson, who scored a hat trick. Phil Kessel made two assists. This victory was Arizona's 7th in 32 games since the start of the championship.

John Hynes' team gained momentum in the first quarter of the season and will not lose it. The Predators have a series of three wins in a row. The team has already reached second place in the Western Conference standings, behind Vegas Golden Knights.

The last victim of Nashville was Los Angeles. The Predators confidently beat 4:2 the Kings 4:2 away. Duchene, Forsberg, Luff and Yakov Trenin scored, hitting an empty net and shooting his eighth goal this season.

Arizona has lost only one match out of the previous 4 in regulation time. However, the opponents of the Coyotes were not the strongest. Nashville is unlikely to let itself stumble on this trip. The team has gained great form and self-confidence. Prediction: a victory for Nashville.