Boston Bruins vs Carolina Hurricanes: Will the Bears tie the series? 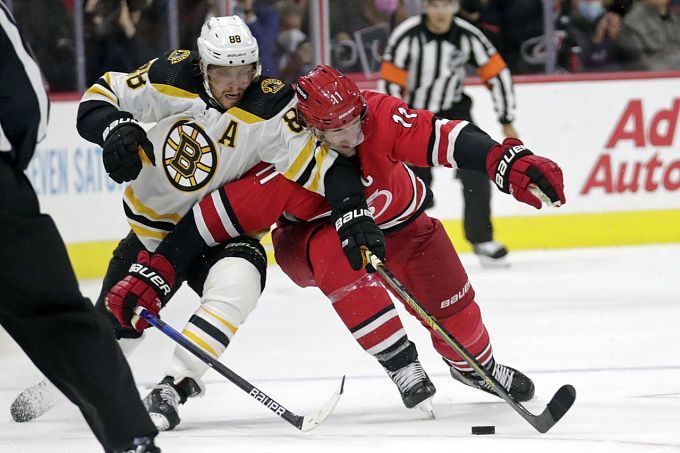 Prediction for the NHL Boston Bruins vs Carolina Hurricanes match, which will take place on May 8. Check the team conditions and choose several betting options.

After conceding in the 10th minute of the third period against Carolina, Boston found itself in a difficult situation. A third straight defeat would effectively end their quest for the 2022 Stanley Cup. Before the first period ended, Charlie Coyle tied the game, and the Bruins took the lead in the second period thanks to Marchand and Pastrnak. In the third period, the teams exchanged goals, and Boston won 4:2. In the 4th game, the team can finally prevent a catastrophe and tie the score in the confrontation.

Before the playoffs, the Hurricanes lost their primary goalie, Dane Frederik Andersen was injured. Antti Raanta, who started the series with Boston, was also injured, so the goaltender of choice for the coach is now the Russian Peter Kochetkov. The 22-year-old goalkeeper has no experience in big matches, which could be a problem. Although Raanta, if he does play in the third game, seems a little more reliable.

In the third game of the series, Jeremy Swayman replaced Linus Ullmark, who had failed in the first two games. The result was immediate as Boston looked much more confident with the young American in the gate. In the fourth game, Swayman will be back in goal for sure.

The upcoming meeting is a key one in the series for the Bruins. There is no way they can lose, so Bruce Cassidy's team will undoubtedly play with maximum accuracy at home. So a low-scoring game here is a distinct possibility.