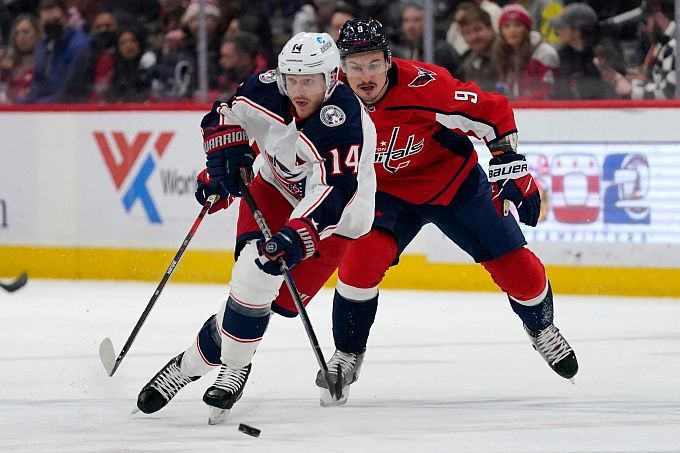 Prediction for the NHL Buffalo Sabres vs Columbus Blue Jackets match, which will take place on February 11. Check the team conditions and choose several betting options.

Buffalo can only dream of making the playoffs. In 45 games played, they have added 35 points to their record, making them settle for the penultimate position in the Atlantic Division standings. Judging by the Sabres' results in their last five games, you can tell they're not looking much to change their fortunes. They have two wins over less competitive opponents (3:1 over Arizona and 6:3 over Philadelphia) and three blowout losses (0:5 against Ottawa, 1:4 against Colorado and 2:5 against Vegas).

The Blue Jackets were very pleasantly surprised with their performance in their last game, beating Washington with a score of 5:4. As a result, Columbus is slightly behind the sixth-ranked Islanders and aims to catch up with the Capitals in the Metropolitan Division. At the moment, they are 16 points behind the top 4, but it is possible to win back that advantage because Washington has been dropping a lot of points lately.

In this pairing, we will favour the visitors. The last time Buffalo played an official game before halftime, it's possible that Don Granato's team could have some physical problems. Columbus has already played its first game in the second half of the NHL, which was quite positive. We think the Blue Jackets shouldn't have a problem, but we'll take a chance and play for their final win.