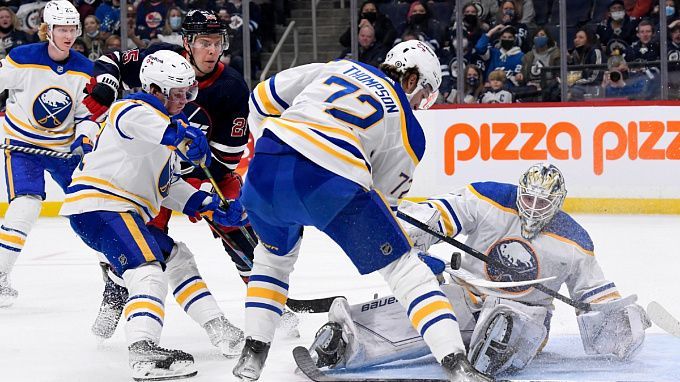 Prediction for the NHL Buffalo Sabres vs New Jersey Devils match, which will take place on December 30. Check the team conditions and choose several betting options.

Buffalo managed to break their awful seven-game losing streak with a confident two-point win over Winnipeg (4:2). Similarly, the Sabres scored two points in their next game, beating Minnesota in their arena. Lastly, Buffalo battled against Pittsburgh but unfortunately could not extend their winning streak (2:3 in overtime).

The Sabres have a good chance of making the playoffs. They are sixth in the Atlantic Division standings, eight points behind fourth-placed Detroit.

New Jersey is performing far from the best defensive game. Among all teams in the Eastern Conference, the Devils have the second-highest number of goals conceded (105). Only Montreal is worse (109). The visitors are conceding an average of 3.5 goals per game.

Unlike Buffalo, New Jersey will have a much harder time reaching the playoff zone. The club is penultimate in the Metropolitan Division table with 25 points and has failed to score in the last six games.

The bookmakers couldn't decide on a favourite, but in our opinion, it's evident. New Jersey has lost six games in a row, and it's not as if their opponents have been stronger than them. On the contrary, Buffalo has shown their mettle in the last three games, taking points from Minnesota and Winnipeg. We believe the Sabres will win in the end. Prediction: Buffalo Sabres will win.