Carolina vs Boston: the Hurricanes to Take it to 2:0 in the Series 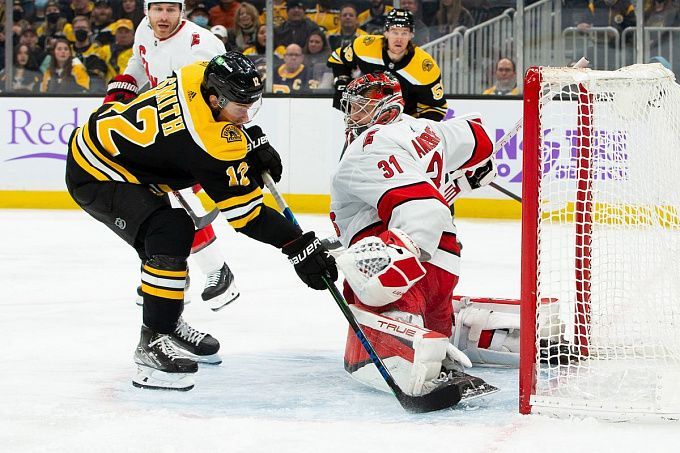 Prediction for the NHL Carolina vs Boston match, which will take place on May 5. Check the team conditions! Several betting options are available.

Carolina had a great first game in the series with Boston. The Hurricanes were pretty mediocre in the first period, but they came out on top in the second and managed to score two unanswered pucks. At the beginning of the third period, Boston scored and got closer to their opponent, but Carolina sent three more pucks and make it a 5:1 game. By the way, the victory was Carolina's third straight blowout win over Boston, before it was 7:1 and 6:0 in the regular season.

Boston failed in the first game. More accurately, the team slipped in the end, as they had every chance to tie it up before the seventh minute of the third period. Instead, Boston collapsed and conceded three pucks. The Bruins even outshot Carolina, 36 to 25, but those shots were of little use. Now, after such a defeat, it would be even harder to expect them to succeed in the series, as it would severely damage their psychology.

Boston will need time to recover from a 1:5 loss in the first game. In addition, that would be harder to do without the fans' support - they'll have to wait until the next match. For now, Carolina will be on fire, and they certainly won't pass up the opportunity to take their second game in a row, making a serious bid for the overall win.

The bookmakers consider Carolina the favorite for the second game, and we agree with them. But as the main bet we suggest a non-win at the end of the regulation time and at least three pucks. It is also worth looking at the home team's victory, including overtime.