Carolina vs Nashville: May be the last home game for the Hurricanes in this series

Nashville Predators
Hockey. NHL. Playoffs. Round 1.
Stadium: PNC-Arena.
Match 2. The score in the series is 1-0. 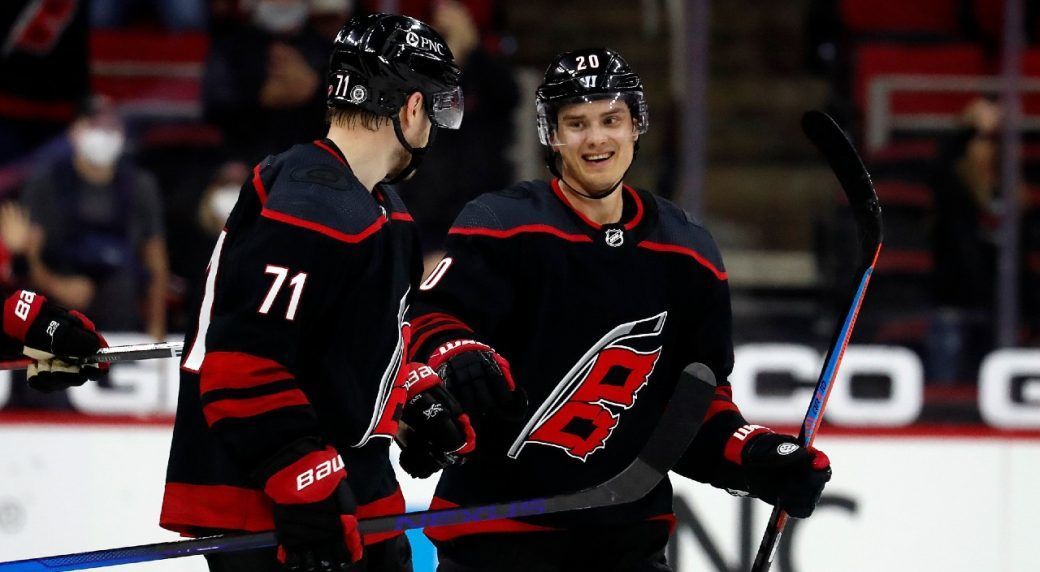 Carolina in the first game of the series of the 1st round of the playoffs confidently beat Nashville. It looks like the power in this pairing is not equal. Or will the Predators still manage to prove themselves in the second game? Here are a few options for betting on the upcoming meeting.

Carolina, after suffering through 2 periods, closed the 3rd with ease

The opening game of the playoffs for the Hurricanes started badly at all. Rod Brind’amour did not place Peter Mrazek in the goal, but rather the 25-year-old Alex Nedeljkovic, who showed himself well in the regular season. The inexperienced goalkeeper was noticeably nervous at the beginning of the match and maybe the whole team could not enter the game for a long time because of this transmitted anxiety. Nashville opened the scoring already in the 12th minute, the Hurricanes a minute later recouped through the efforts of Teravainen, but they were not honored for more. The first period passed even with a slight advantage of the Predators.

The situation was the same in the second period. Staal gave the hosts the lead, but the Predators soon restored the status quo, played without conceding and were close to making the Hurricanes nervous. But once the third period started, everything fell into place. Carolina settled down, scoring twice by the eighth minute, with Niederreiter and Staal scoring a double, showing themselves in keeping with their status as a content player. But after the score was 2-4, the Predators slumped, their pace dropped and they were relegated to individual action. They also showed themselves in keeping with their status as a completely weak team. Nashville have played quality games when everything was in place for them but immediately fell apart as soon as something went wrong. John Hynes, by all accounts, could do nothing about it.

The final score in the empty net was set by Andrei Svechnikov, 5-2. It’s hard to imagine that Nashville will be able to do anything against the Hurricanes, who simply act on their level without showing anything out of the ordinary. It wouldn’t be surprising if the series ended in a scoreless affair here.

Nashville do their own thing

Nashville from the third period of the first game against Carolina are the same Nashville that we’ve seen in the playoffs, getting blown out early on. The final stretch of the regular season, when the Predators won almost always, could have been reassuring. But apparently, it was a temporary blip in games that weren’t decisive, meaning as much as the playoffs. Only as the opposition got tougher and the cost of mistakes got higher, Nashville dissolved back into its complexes. The team, it seems, will need more serious changes than just a change of head coach.

Nashville in the opening match did not impress at all. It is not bad to hold on for 2 periods, and then fall apart in the third, as soon as the opponent began to play a little more interesting. This moment characterizes the Predators from a not very good side. It will not be surprising, but rather, it will be expected if the Hurricanes confidently take the second meeting. The final score will be 2-0 and the series may not even return in Raleigh. We predict that Carolina will convincingly beat Nashville in the second game.