Colorado vs Tampa Bay Prediction: the Avalanche to Build Our Advantage Before Going to Tampa 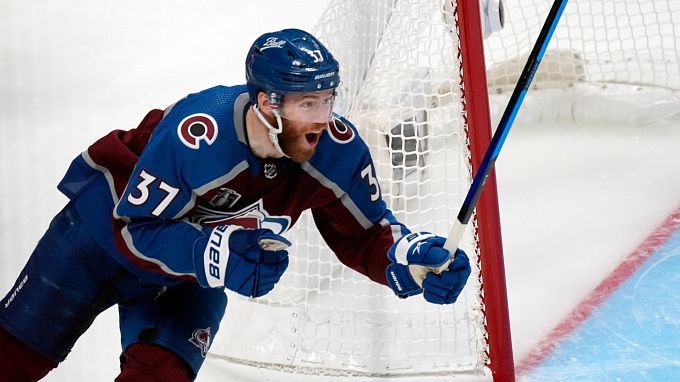 Prediction for the NHL Colorado Avalanche vs Tampa Bay Lightning match, which will take place on June 19. Who will turn out to be stronger? Check the team conditions! Several betting options are available.

Colorado is on their way to the long-awaited Stanley Cup. They had a brilliant regular season and then the playoffs in their conference, beating Nashville and Edmonton (4:0 each) without much effort. The only St. Louis team managed to put up a fight against the Avalanche (2:4). The final of the major hockey trophy began well for the Avalanche. They took the series lead in the first home match, winning in overtime (4:3).

Tampa knows that if the series score is 1:1 before the home games, it's already a great result. In the first game of the finals, however, they were unlucky. The Lightning fought decently, but still lost to Colorado. In the second match, the Lightning, most likely, will show more defensive hockey, as returning home with 0:2 wont be nice. It is worth noting that Tampa Bay had some problems reaching the Stanley Cup finals. In the last 16, they somehow defeated Toronto (4:3), then unexpectedly beat Florida (4:0) and then had a couple of mistakes with the Rangers (4:2).

Colorado is quoted as the favorite in the upcoming game which is not surprising. Back in the regular season, the Avalanche had the best home stats in the Western Conference. Plus the team understand that they need to have the maximum advantage before the trip to Tampa.

Tampa Bay has not been at their best on the road this playoff run. They haven't had much trouble against Florida, but the Panthers have looked weak, to put it mildly. We doubt that, with the support of their fans, Colorado will allow the Lightning to tie the series. So we suggest betting on the victory of the hosts in the match.