Columbus vs Vegas: the Jackets to Take Points from the Favorite 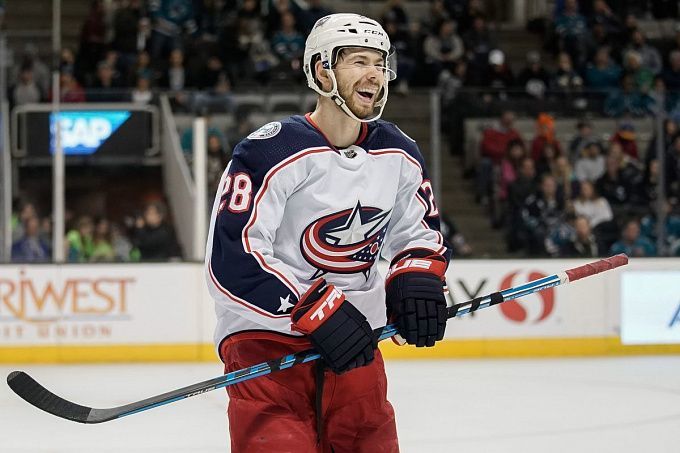 Vegas beat Columbus in their first head-to-head game of the season, 3:2. Will Peter DeBoer's team get revenge in the upcoming encounter?

Columbus is having a decent season by its standards, but not enough to make a playoff push. Brad Larsen is making his debut as the club's head coach, but he has already created a capable team out of a modestly-named squad that no longer hides in defense, but enjoys attacking. The Jackets have only two wins in their last eight meetings, but before that there was a strong stretch when they won seven of eight games. Columbus now sits ninth in the Eastern Conference standings, but the gap from the top-8 is very significant.

Vegas is in critical condition. Never in all the years of the club's existence has there been a situation where the Knights would risk missing the playoffs. They've had a solid start so there's no reason to think they'd skip the playoffs. Nevertheless, as the year 2022 approached, the Black and Gold were in a crisis. In their last 26 matches they claimed only ten wins and 16 losses. That's a dismal result for such a powerful team. Peter DeBoer's team travels to Ohio with a streak of three straight losses, which has already dropped them to eighth place in the Western Conference standings.

Columbus is a very uncomfortable opponent for Vegas. Even back in the days when the Knights were among the NHL leaders and the Jackets were outsiders, they fought as hard as possible. Their head-to-head stats still favored the Red and Blue. Now the Black and Gold have serious luneup problems, which is why they are still on a run of a bad luck. In the last three games the squad lost to Pittsburgh, Philadelphia, and Buffalo. So we bet on the fact that Columbus will not lose.

The rivalry between Columbus and Vegas has been very sparse in terms of scoring. In their previous six head-to-head encounters, the opponents combined for just 24 goals (4.00 average). The Knights are currently experiencing tremendous staffing shortages, with Mark Stone, Riley Smith, Nolan Patrick and a number of other important players unable to help them, so the Knights have seen only 17 goals against (4.25 average per game) in their last four games with the Black and Gold. Based on that, the optimal option for prediction is a total under 5.5.

Oliver Bjorkstrand is one of the strongest hockey players from Denmark, who is in his sixth season with Columbus, but now he is threatening to set a personal record for productive play. His previous record was 44 points (18 goals + 26 assists), which he scored a year earlier, and now he has 41 points (20 goals + 21 assists) in 57 games, although there are still more than two dozen games left. Obviously, the 26-year-old player is in good shape, so it is worth to look at the total over 0.5 points by Oliver Bjorkstrand.