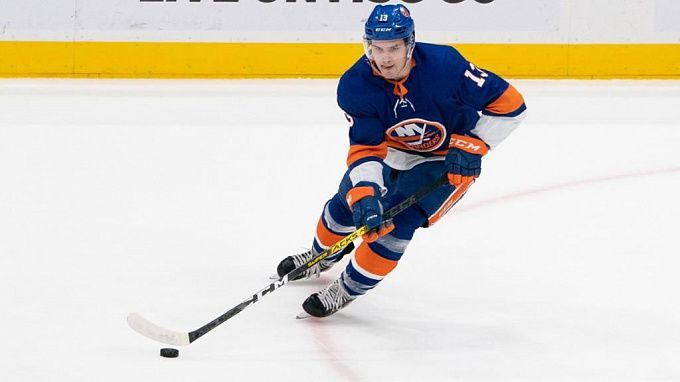 Prediction for the NHL Edmonton Oilers vs New York Islanders match, which will take place on February 12. Check the team conditions and choose several betting options.

By firing Tippett, the Oilers are unlikely to get much stronger. The Oilers have psychological problems that are unlikely to be solved by a coach unless it's Scotty Bowman or Barry Trotz. Team leaders Connor McDavid and Leon Draisaitl are super-scorers, but in challenging moments, they are unstable. After another series of setbacks, McDavid said it himself when he admitted that he was already in the locker room thinking bad things before the start of the game. It's hard to say what action the club's management can take. Most likely, only the work of a psychologist can help the Oilers.

Dave Tippett, who had been with Edmonton for two and a half seasons, was fired due to two straight home defeats by a combined score of 1:8. First, the Oilers lost 0:4 to Vegas, then 1:4 to Chicago. In total, the team has 23 wins in 44 games. Edmonton is 10th in the West and five points behind the conference wild-card zone.

The best team in the Eastern Conference after Tampa Bay in the last two seasons is on the move. The Islanders, for objective reasons, had a poor start of the season and now have to play their best in every game. And it should be said that the chances of improving the situation are looking more and more solid. Washington and Boston, which the Islanders can eventually drop from the top-8, are in trouble. Barry Trotz's team is already just 3 points behind the Capitals in points lost; the Bears are only 5 points behind in handicap. There are still more than three dozen games ahead for each team, so the battle is just beginning.

Since the break, the Islanders beat Vancouver 6:3 on the road in their first game. By the 17th minute, the team had put five unanswered pucks into the net of Thatcher Demko. In that way, the team from New York confirmed their seriousness and made up for their disappointing home game against Seattle on February 3, which ended 3:0 in favour of the Kraken.

Not only did Edmonton lose their head coach after the horrible Vegas-Chicago back-to-back, but they probably lost their confidence as well. And how negatively a bad emotional backdrop affects Connor McDavid, whom everyone has known for a long time. Draisaitl seems a little more resilient, but it seems insignificant.

On the other hand, the Islanders got an excellent emotional boost in their game against Vancouver, deciding the winner in just over 16 minutes of the first period. Psychology might also play a vital role in the upcoming match. Overall, considering that the result here is significant for both teams, one of the best teams of recent years, which lost only to the champions from Tampa Bay, in a matchup with the eternal losers, who have never overcome the first round of the playoffs, can not be a favourite.

Prediction: New York will be closer to victory.