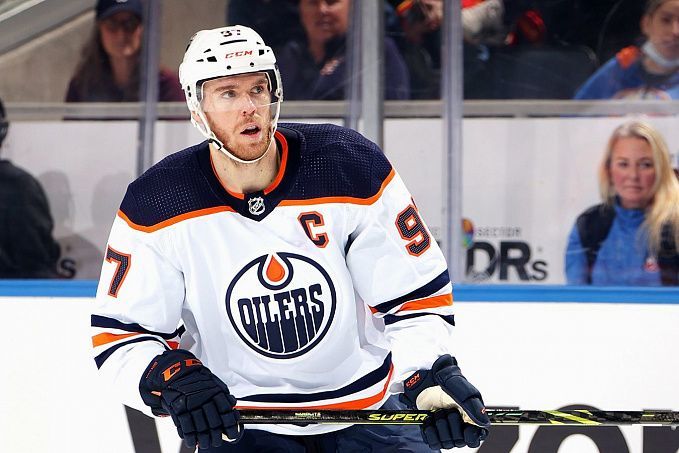 Prediction for the NHL Edmonton Oilers vs San Jose Sharks match, which will take place on April 29. Check the team conditions and choose several betting options.

Edmonton had a very tough regular season, but after the equator of the season, the Oilers still managed to make some serious progress. In 14 meetings, they suffered only three losses and 11 wins. This strong run allowed them to climb to fifth place in the Western Conference standings, and Edmonton will face Los Angeles in the first round of the playoffs.

San Jose continues to have a tough time, so they missed the play-offs once again. The key for the Californians was the first half of April when they posted a 10-match losing streak. The Sharks won three of their last five games, but those local victories do not matter anymore as the team currently sits just 12th in the Western Conference standings.

Edmonton and San Jose are already without any tournament goals at the end of the regular season. The Oilers secured a playoff spot, while the Sharks will not make the top eight. The final motivation for the Californians was a win over Vegas. We can bet on Edmonton to win with a handicap (-1.5) for 1.755.

Both teams have already lost their tournament motivation, so they can now afford to play at their own pace. For the Sharks, it would be nice to have some fun before a long holiday, and the Oilers certainly won't mind improving their stats with Connor McDavid and Leon Draisaitl. With that in mind, we suggest betting on a total over 6.5 for 2.06.

Connor McDavid has already secured victory in the scoring race for the current regular season with 122 points (44 goals + 78 assists) in 79 games. The 25-year-old Canadian is undoubtedly on course to become the highest-scoring hockey player in the history of the world, so he's unlikely to relax even before the start of the Cup battles. In such a situation, it's worth looking at a bet on Connor McDavid Total Over1.5 for 1.76.